“Hey, do you want to go see a band?
No, I hate bands.
It’s always packed with men
spooning their girlfriends…
Clutching their hands
as if they let go
Their feet would lift from the ground
and ascend.”

We wrote at length two weeks ago about our sudden and complete love for the music of Jens Lekman. A fortnight later we’re still tearing furiously through the entire Jens catalog, playing liberally with the repeat and shuffle buttons until we’ve parsed every lyric and arrangement down to its Nth part and cross-referenced the entire Web for bootlegs and live versions.

This of course says as much about Your Chop as it says about Jens’ music. The lyrics above being Exhibit A. Going back to our freshman year in high school if you had asked us “Hey, do you want to go see a band?” our default answer has been a resounding yes. It never mattered what group it was: watching live we could take an active interest in nearly any band, be they quasi-hippie singer/songwriters or some industrial experimental noise farts. We’ve seen bands made up of very dear friends and random bands that seemed to drop out of the sky on shoestring tours we hadn’t heard from before or since. 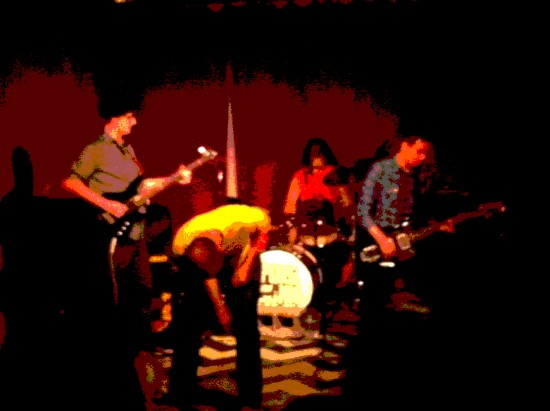 Anymore though it’s hard. It’s hard to get excited about live music coming up on 34. You don’t have to look far back in this blog for instances of how we’ve become disillusioned with live shows lately. Take Hop Along for example. A great band that puts on a great show- but does it in front of 200 college kids in an overheated alcohol-free space.

Or take Cross My Heart, one of our favorite bands ever. Back together after 15 years or so they seem to have not lost a step. They played over 90 minutes and ended with Dwayne falling off a full stack of amps, bloodying his lip, breaking his guitar and not missing a beat in switching instruments to play the last song in the set.

But even so- even being in a room full of old friends we love and admire and listening to some of our favorite songs we’ve realized that we’re just not as excited as we used to be, and frankly we never will be again. We took our last stage dive at the final Double Dagger show. We’ll never be ‘caught in a mosh’ again and no matter what a song’s lyrics mean to us we won’t be singing along with them in the front row. Our singalong days are over and done.

Make no mistake: this has nothing to do with any particular band or with the state of punk and indie rock. It’s got everything to do with us becoming jaded, old and bitter about looping around the same circuits in which we were traveling ten and fifteen years ago. Talking with an old friend recently, who’s been there with us through it all, we agreed that there just aren’t any “can’t miss” shows anymore.

The Replacements and Public Enemy are reuniting and Gaslight Anthem is opening? Oh yeah? Can I walk there? What time will it start? No not the doors… what time will it fucking start? Is it less than $30? Are the beers less than $7? Yes to all? Okay then I guess I can be bothered to make it out.

Too often lately this is the calculus involved in deciding whether to go to a show. And then when you get there the thing doesn’t start nearly on time, and maybe the opening bands aren’t very good, and it’s too crowded or not crowded enough, and possibly there’s someone there you’d rather not see. Soon it all starts to resemble the scene described in Jens’ song. And rather than being something you do for fun going to shows slowly becomes something you do just to keep from doing nothing.

It calls to mind some more of Jens Lekman’s lyrics, from the song Black Cab. We won’t quote them here but it’s a nearly perfect song about going out for a good time, having a shitty night through no fault of anyone’s and then not knowing what the fuck to do with yourself. You’ll pardon us if we can identify. 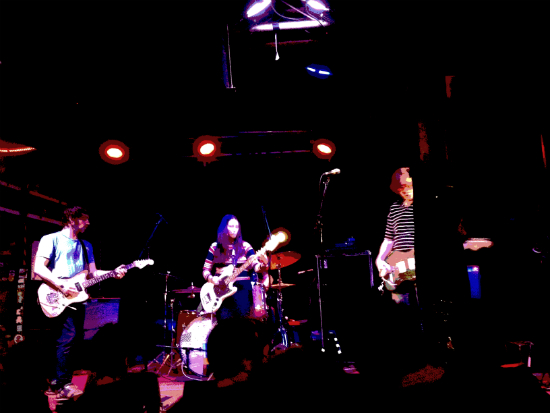 We’re about to make some changes to this blog. Let this serve as an announcement. We’ll not be posting for the next week. When we return this will no longer be a daily blog. Instead we’ll be writing posts throughout the week and publishing all of them together on Thursdays. That may mean five posts. It may mean one. It may even mean seven or eight. Posts about the shows and events we find interesting will continue but most of them are likely to be shorter. Rambling personal posts like this one are probably going to increase in length and frequency. We’ll also be looking to expand a bit and comment on things in the news we may not have before. Additionally we’re also choosing a new template for the site.

I might even stop writing ‘we’ all the time. My voice is big enough without it.

And the more we think of it the more it becomes clear that it might be a good chance to make some changes offline as well. Spending more time offline, for starters. It might be a good time to stop coming out to so many shows and start finding new things relevant to our interests, talking to new people and picking up some new habits. When we went to see Bill Ayers speak recently the thing he said that stuck with us the most was about the four steps to activism.

The first step is to become aware. The next is to be outraged. The third is to act and the last is to react and reassess. The failure to reassess and adapt tactics and strategies, he said, was what killed the Weathermen. It’s just as true for people’s personal lives as well. Without adapting to changes it can become too easy to fall into a rut and stay there, wondering how so much has passed you by.

For us it’s time to start adapting. To adjust expectations, and most of all to quit hanging around for the sake of hanging around.