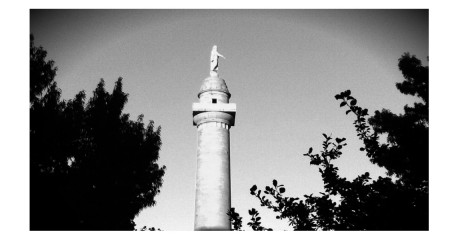 Here are a few ideas.

Update: Presumably because of the water main break and the extreme heat and the generally shitty state of affairs in Baltimore City this has been postponed until August 15. Not exactly a banner endosement for living and working downtown, but that’s a matter for another time. Hey Baltimore, c’mere a minute. No closer. C’mere all […]

Good news everyone! In a thousand years most of you pathetic jerkbags will be ancient wormfood. And do you know what happens to ancient wormfood? (Hint: it involves the Slurm Queen’s cloaca.) But that’s not really news, is it? You already knew you were boned. The good news is that scientists from Johns Hopkins have […]

No power means no blog posts. Sorry kids. We’re sleeping on the balcony and living off of pizza and Chinese food and being bored and sweaty and miserable until the power comes on again. In a week or a month or whenever.

Dave Tedder died suddenly last week. While I wasn’t especially close to Tedder, I’ve known him for more than half my life at this point. I’m sad to see him go. I always expected Tedder would be off for good someday, but not like this. He was a dude you naturally assumed would end up […]