First things first: the new location of Red Emma’s is finally open at the corner of North ave and Maryland in Station North. You may recall that we posted some photos of the construction progress a while back. The new shop opened for good about a week and a half ago with not too much fanfare and is now keeping regular hours with a widely expanded vegan menu.

The shop alone is worth checking out on its own merits any day of the week, but tonight at 7:30 is a particularly good time to pop in when activist, professor and author Bill Ayers makes a book tour appearance with his latest work Public Enemy, Confessions of an American Dissident. 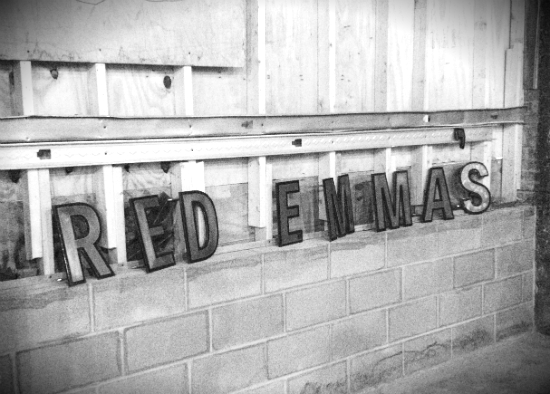 Ayers featured prominently in the news in 2008 when the McCain campaign and right wing echo chamber seized on his past association with radical anti-war group the Weather Underground and Sarah Palin famously accused Barack Obama of ‘pallin’ around with terrorists.’

Of course, there’s more to Ayers’ life than what he did in the late 60′s and early 70′s. Much more. This lengthy feature from the Chicago Reader is a nice primer. No matter what you may think of his politics, you would be hard pressed to deny that Ayers has led a damned interesting life.

By way of a very small example, just take these lines from a recent Chicago Tribune article about Ayers’ new book:

Hells Angels fill the first row of a lecture to intimidate Ayers, the gang ends up debating the government’s ills with Ayers and colleagues all night at a Chinese restaurant.

His rich life has him hosting a dinner party for right-wing pundits one day and squatting with Greek anarchists another.

We like to think our own life is interesting enough, but it certainly doesn’t involve political debates with bikers and dabbling in Athens squatter culture. Spending an hour or two listening to Bill Ayers talk tonight will be worth about ten thousand crummy magazine profiles of vapid celebrities like Bradley Cooper, and the chance to shake his hand and cop a signed copy of his memoir is worth all the Dos Equis commercials under the sun.