Ryan Shelkett doesn’t have a Wikipedia page. That’s a shame, and someone really ought to write him one as he’s been one of the most talented and prominent participants in Baltimore’s music scene over the last 20 years. Fronting bands Dead Red Sea, Blank, Liars’ Academy, and most recently the Desert Boys, Shelkett’s influence and importance in Baltimore can’t be overstated.

And then there’s a little band he had called Cross My Heart. From about 1998 to 2003 Cross My Heart was one of the best bands not just in Baltimore but anywhere. Along with acts like Braid, Joan of Arc, At The Drive In and Ranier Maria they were on the leading edge of defining a sound that was much more nuanced and reflective than anything punk kids were used to at the time. And they innovated without sacrificing any of the raw, passionate feeling of bands like Jawbreaker or Drive Like Jehu, who had come before and layered new sounds on punk’s basic architecture. 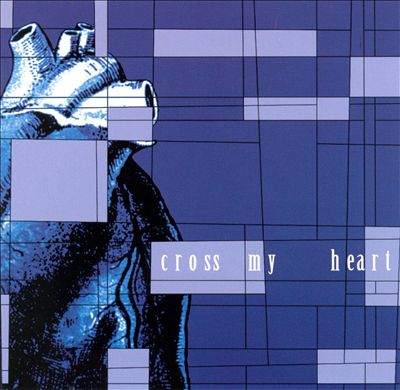 Personally, Cross My Heart was one of the first, if not the very first band we were ever much into that wasn’t strictly hardcore or punk. When you hit 19 or 20 you realize you can only spend so much time on stuff like Sick of It All and Agnostic Front. Eventually those old three chords aren’t enough, and you find yourself spending less time inside VFW’s and fire halls and more time hanging around on Davis Street or driving to College Park.

Along with Q and Not U, Cross My Heart was mainly responsible for teaching us how to appreciate musical energy in shorter bursts. They opened our eyes to the idea that a song can be slow, quiet even, and still have the force and impact of even the toughest of hardcore. Rather than songs about vague notions of injustice or equality, Cross My Heart introduced us for the first time to music that was lyrically introspective and self-exploratory. It’s tougher to be honest than to be tough.

They made our taste in music exactly what it is today, and to our mind everything that Cross My Heart recorded has held up exceptionally well and has borne repeated regular listening over the last 15 years in our house. This is especially true of their debut self-titled EP which was and is nothing short of a masterpiece and easily the best record that Shelkett has made in his impressive musical career.

Cross My Heart plays the Metro Gallery tomorrow with J Robbins before joining a large contingent of Baltimore bands at the Fest in Gainesville. Tickets are $12, but remembering what it’s like to be 19 is priceless.

Editorial Note: The Metro Gallery is also hosting a Punk Rock Flea Market tomorrow which is separate from the show. All the tables and booth spaces have been reserved, so there will be plenty of old band shirts, crates of records to pick through, flyers and posters as well as various and sundry items that aren’t necessarily punk related but still pretty cool like books and clothing and DVD’s and art.

The flea market takes place from 12-5. Entry is free and the bar will open so come hang out, browse and bargain with the punks of Baltimore.