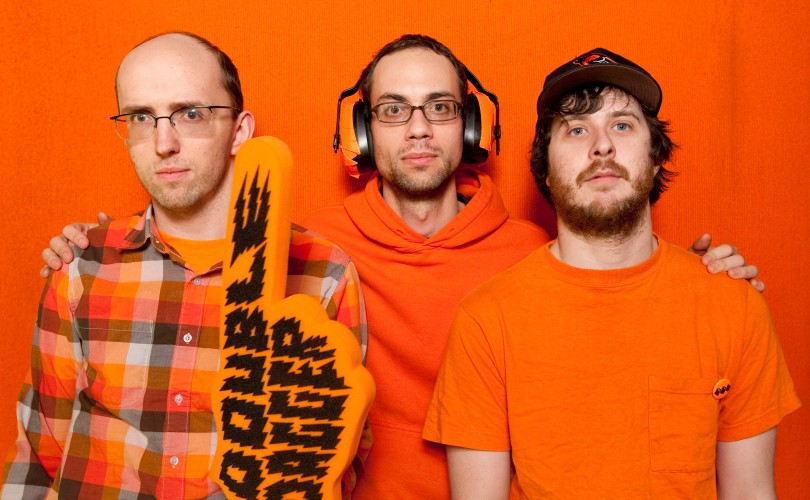 We’re just going to come out and say it: We don’t like jerseys.* Baseball jerseys are purpose designed for play, and when you wear them off the diamond they have all the fashion cachet of a frumpy old pajama top. We also don’t like the whole aspect of jersey collecting culture. You spend a ton of money on something and then the club goes and trades away the player whose name is on the back and seamheads all look down their noses at you because picking out a jersey is a game you just can’t win. And even if you buy the best one out there, it still looks dumb.

What’s more, you can get away with wearing it at the park because of context, but if you also want to hit one of the Best Bars to Visit After an O’s Game at Camden Yards, you’re not going to want to look like a Pennsylvania tourist after the last out is recorded.

Take a look at the above photo of Double Dagger via their Facebook page. This is how you should be dressed for a night at Camden Yards. Nolen looks sharp as hell in team-color plaid. Bruce is ready for the chilly early-season wind in the upper deck, and Denny has cleverly accessorized with an O’s cap and a one inch button that says “Yeah, I like sports and all but I’m still punk, see?” Bonus points for making your own foam finger to bring to the ballpark.

A faded orange oxford or a polo shirt like the orange one in this post are also good choices that can see wear even during the off season. We’ve lately been sporting a burnt orange knit polo to games that’s subtle enough to wear anywhere else as well. 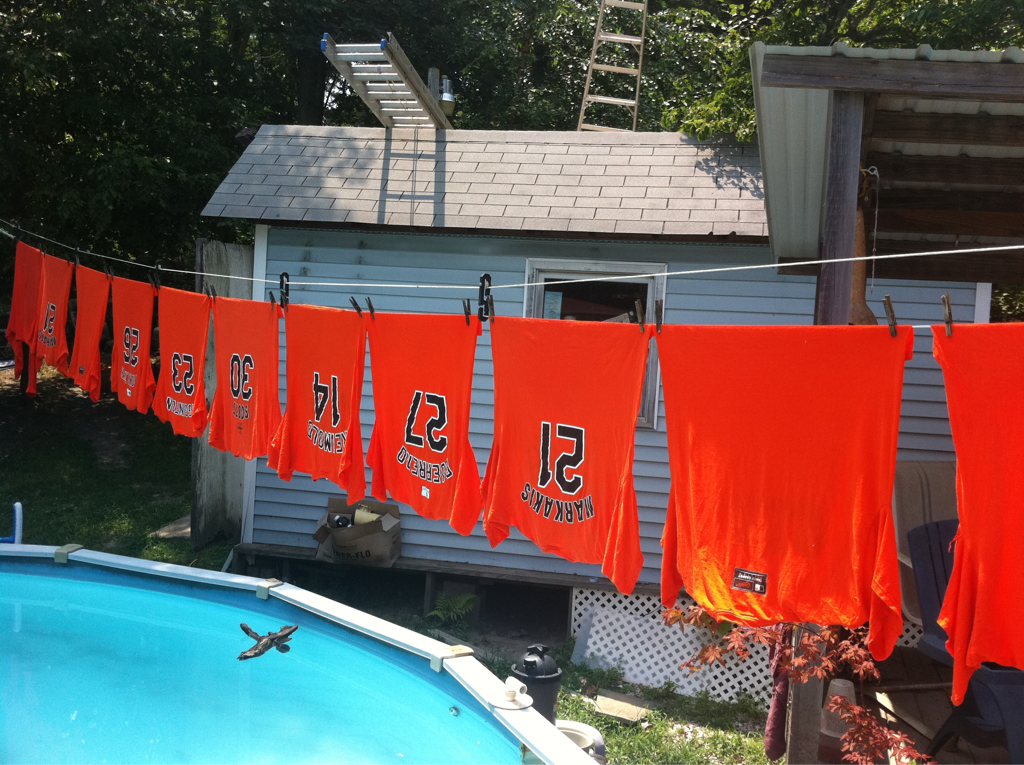 We found that picture at Fuck Yeah Orioles but it could just as easily be our own laundry line. We’ve got a whole drawer full of the free T-shirt Tuesday shirts. Everyone does. They’re becoming ubiquitous summertime wear on the streets of Charm City. The problem with being ubiquitous is that you can look hip, like Secret Mountains does on their Facebook page:

The trick with free t-shirts is to dress them up a little. A lightweight Summer cardigan is an outstanding way to move from “I just threw this on.” to “I put some thought into getting dressed and actually looked in the mirror today.” Color is key though: almost nothing matches orange, and you’re not going to find a lightweight Summer cardigan in black. Failing that, you can also try a partially unbuttoned oxford over your tee, but be careful- while this can work, if it feels silly it probably is.

If it’s a little cooler out, you can also go full-on sweater. We’ve got a favorite black merino sweater that we like to wear to April and September games with an O’s shirt underneath. The V-neck flashes a little orange and we usually let the bottom hang out as well (although not too far, huh?). Remember: the team colors are black and orange, so there’s nothing wrong with letting black take the lead.

Finally, if you really want to dress it up, sport a Summer jacket right on top. Most people associate sport coats with formality, but this is actually why they’re called “sport coats” because they were originally designed to be worn to events that were too casual for a proper blazer or suit. Have a look: 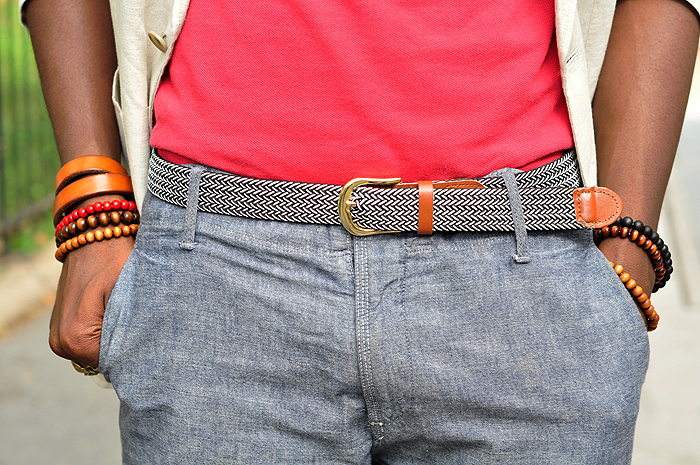 This image came from Street Etiquette. We don’t really like SE because it’s way over the top, and even in this extreme closeup you can see a bunch of dumbass bracelets, but never mind that. You could easily replace this orange shirt with an O’s shirt and get the same effect.

Wearing that exact look out to the park (minus the bracelets) would be the type of thing that allows you to stroll ticketless right into the club level without so much as a glance from an usher. You’d be the best dressed fan at the park, or anywhere else in Baltimore for that matter.