The work we do in our non-blogging life takes us all over the world. We’ve been to some very exotic places and had some incredible experiences, and everywhere we go we like to pick up something in the way of a souvenir. The only problem is; we hate souvenirs. It doesn’t matter whether you’re in India, Israel, or Indiana, They sell the same crummy crap everywhere in the world. It’s overpriced and tacky and touristy and you’re already over it before you even lug it home on the plane.

So in the course of our travels we’ve ended up with a drawer full of soccer jerseys. Soccer jerseys make an almost ideal souvenir because they’re one of those souvenirs-that’s-not-really-a-souvenir. They’re a bit of local color that doesn’t mark you immediately as some sucker off a tour bus. Think about it: when your long lost relatives visit Baltimore, would you encourage them to buy some corny t-shirt with a crab on it, or a Ray Lewis Jersey? We know plenty of locals who wear Ravens Jerseys, but don’t have any friends who go around in shit from Crabby Dick’s.

What’s more, jerseys are available all over the world, they’re easy to carry, and when you buy them overseas they’re only like $10-$12 apiece. 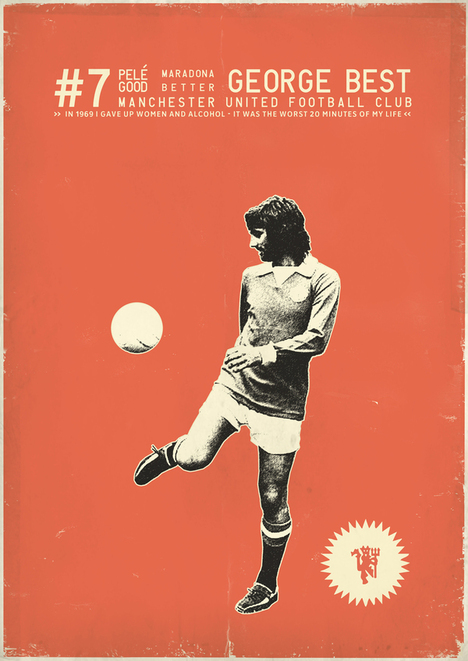 So we’ve ended up with soccer jerseys from places as far flung as Cameroon and Turkey, South Africa, Mozambique, England, and even Djibouti. They haven’t seen a lot of wear until now, because they’re just not the easiest thing to get away with as a fashion statement. Now that we’re bicycling daily though, we’ve found that they’re the ideal solution for warm weather riding, providing comfort, flexibility and visibility while looking significantly less douchey than actual cycling gear. But how do you pull it off once you get off the bike? Follow these simple rules:

Know what you’re wearing… or Don’t. As we mentioned once before a soccer jersey can make you a magnet for people who want to talk about soccer. With this in mind it’s better to sport something that most people don’t care about. So for the non-fan, the whole premier league and the other prominent Euro teams like Milan and Barcelona should be avoided. Likewise Brazil. If someone still wants to bullshit about soccer you should carry a yellow index card in your pocket and aggressively wave it in their face when they approach you. Failing that just look them dead in the eye and say “I don’t know dude, it’s just a shirt. Leave me alone.”

Wear it with pants. One reason we shy away from wearing jerseys more often is because they’re hard to match. Most of them are very bright and colorful and loud. Since they’re meant to be worn with soccer shorts, that’s the only way they really look right. You’re not going to go around in soccer shorts though, so make sure you’ve got a killer pair of white (or off-white) flat front chinos to go with your jersey. Loud on top, blank on the bottom. To mimic the aesthetic of shorts, we highly recommend the proper execution of the highwaters and sandals look. This isn’t as easy as it appears so don’t screw it up.

Wear it with jeans. actually, don’t wear it with jeans. Most of these things look ridiculous when paired with jeans, but you can pull it off if your jeans are slim and well fitting and less than a year old. Muted shades like burgundy and amber work better with denim than fire truck red or sunshine yellow.

Mind your socks. If you’re rocking sandals (or maybe espadrilles) with your chinos then you don’t need socks at all. However if your choice of pants or footwear requires socks, opt for bright ones. The key is to match without being matchy, or to clash without being ugly. It’s not easy, but with millions of possible jersey-sock combinations, it’s entirely possible.