We’ve already shown you some of the pictures we took when we were in Turkey recently. We also talked about eating raw meatballs over there in a post last week. Before we close the subject though, we want to talk a little about raki.

We’re in the habit of keeping a bottle of Pernod on our bar at home, so we already had a taste for drinking anise flavored liquors. In Turkey though we had to get accustomed to drinking them more often than just having the occasional solitary glass after dinner. Partly this is because it’s widely available and pretty affordable, but mostly because decent whiskey was hard to find and very expensive over there. 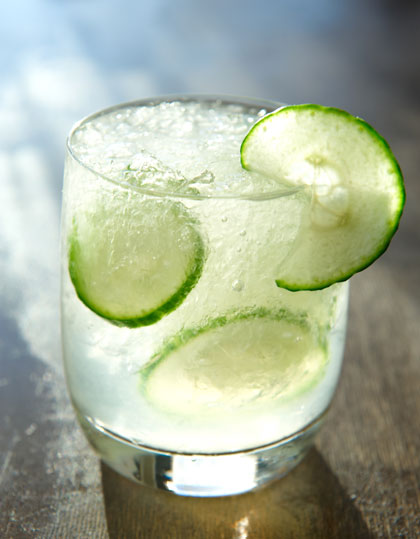 A visual approximation of the Turkish Haze cocktail.

Turkish bars leave a lot to be desired. In Mersin at least, if you’ve seen one you’ve seen them all. In every bar there’s one or two kinds of beer, little to nothing in the way of atmosphere, no women at all, and a clutch of old Turks looking sullen and chain smoking. It’s a pretty sad state of affairs. Mixology isn’t a big thing over there, and even if you find someone who knows how to make a decent drink, you’re going to have to order it in Turkish. So it wasn’t until we came home that we got a chance to mix up this cocktail idea we came up with over there: the Turkish Haze.

This is about as locally inspired as a cocktail can be. It’s only got three ingredients, but all of them are in abundance in southeastern Turkey, and go quite nicely together. We picked the name not only because the drink itself is hazy, but mostly for the horrible cloud of noxious smog that envelops the entire city of Mersin on a nightly basis.

Muddle the cucumber in the bottom of your cocktail shaker. Fill it with ice. Add raki, water, and bitters. Shake and strain into a collins glass over new ice.

The key is to use enough cucumber to make this a cucumber drink with raki in it, and not the other way around. Throw in an extra slice or two as a garnish. Mixed properly, this is a crisp and incredibly refreshing drink that screams Summer. The hotter the weather gets, the more enjoyable the Turkish Haze is to drink. If you’re lucky enough to have access to a pool (you bastard) this is the perfect cocktail to sip while you’re sitting out next to it. It’s almost as refreshing when sipped on a rowhouse porch. If you’re the type that has fancy garden parties, you can even mix up a pitcher full for sharing with friends.

Of course, Turkish raki isn’t exactly easy to come by here in Baltimore, but Greek ouzo is pretty widely available, and they’re pretty much the same exact thing. In fact, any anise flavored liquor will do.