When we were traveling recently, we were able to sample a lot of great cuisine in Israel. Unfortunately for us, Turkey did not prove nearly as appetizing. Turkish food is unique and exotic, but as a vegetarian there was very little for us to choose from among the Kebap, Tantuni, Biftek, Doner That are omnipresent in every street.

There were a few things we’d fall back on regularly. We were able to eat as much Yaprak Sarma as we could shove into our face. There was pizza, but it’s not great stuff, and was served without tomato sauce which means it really wasn’t proper pizza at all. The one great discovery we made though, the one thing that was really a treat and that we wish we could get here at home was cig kofte. 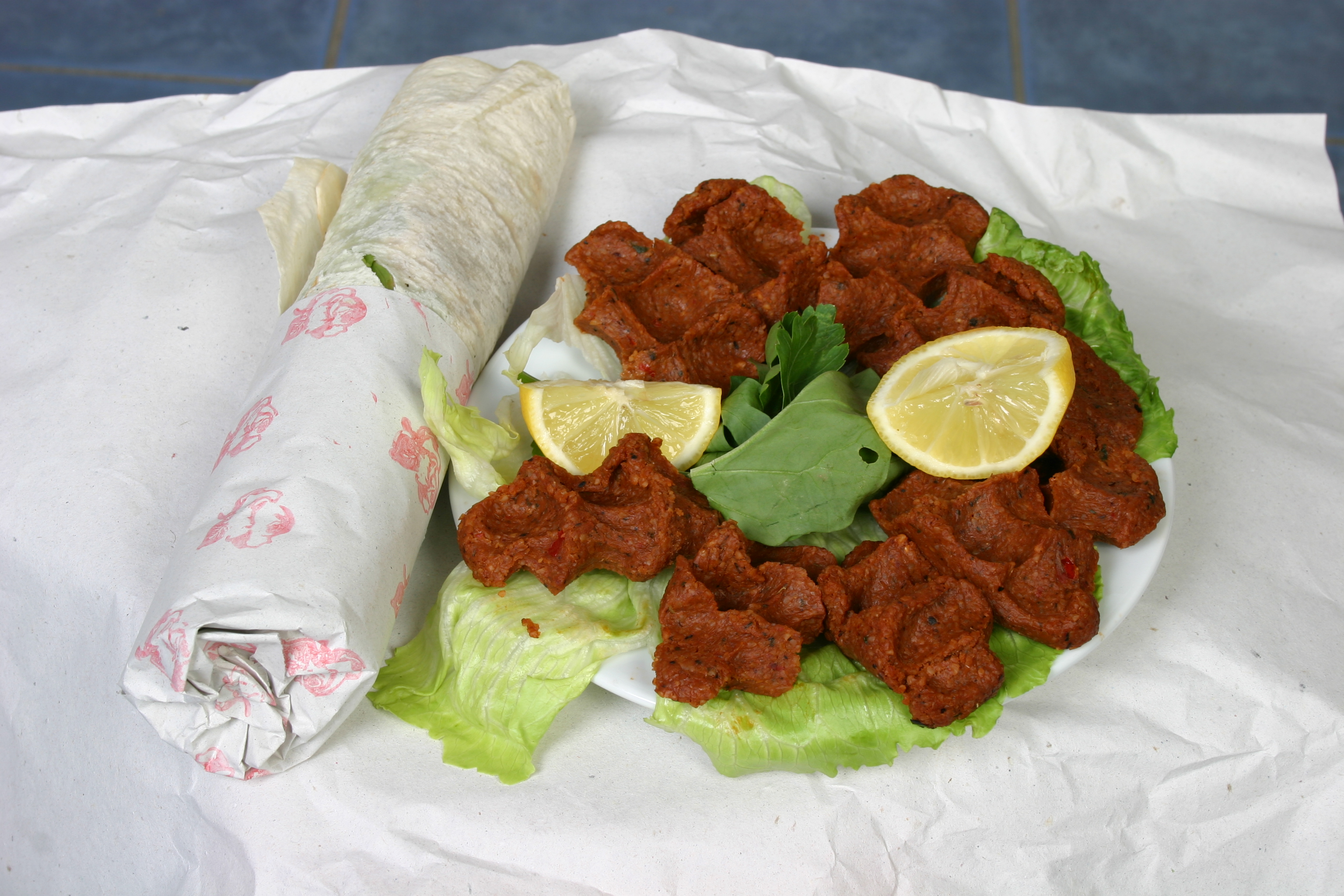 It didn’t make sense to us that in a country completely permeated by junkfood and shawarma joints these little vegan delights would be so popular. Then the internet explained to us that they used to make these things with raw meat and that cig kofte actually means raw meatball. The government eventually realized that that was completely gross and a public health hazard, so now many places carry a vegan version made primarily of potato starch, bulgur wheat and paprika/pepper.

Here is a recipe we found on some website:

Place the potatoes in the bowl of a food processor and pulse several times, until they are chunky. Add the remaining ingredients, except for the bulgur, and pulse several times to combine. Process until the mixture is mostly smooth. Add the bulgur and pulse just until combined.
Place the mixture in a bowl and knead for a couple of minutes to further mix the ingredients.
Refrigerate to allow flavors to meld, or serve immediately.
When you serve, pinch off about one tablespoon of the mixture and shape into an oblong meatball. Give it a slight squeeze between your fingers to give it the traditional shape.

We bought most of ours in a grocery store or restaurant, but if you get lucky enough to stumble across a street vendor who sells cig kofte you can see them kneading away at the mixture with red-stained hands. The most common way to eat them is as a wrap (strangely, they have flour tortillas in Turkey) with some lettuce and spicy pickled peppers. The great thing about these though is that if you make them at home (and we just might) there are several different ways to eat them. They are great along with a salad or even wrapped in a lettuce leaf. They would make a wonderful and conversational appetizer along with cheese cubes and cucumbers at a cocktail party, and could even stand in as a healthy alternative to sausage links at the breakfast table.

They’re a meat alternative that can even be enjoyed by finicky vegans who don’t like “fake meat” products, since they don’t contain any of the hallmarks of most “fake meats” out there. However you enjoy them, they’re worth a try. We probably would have starved in Mersin without them.