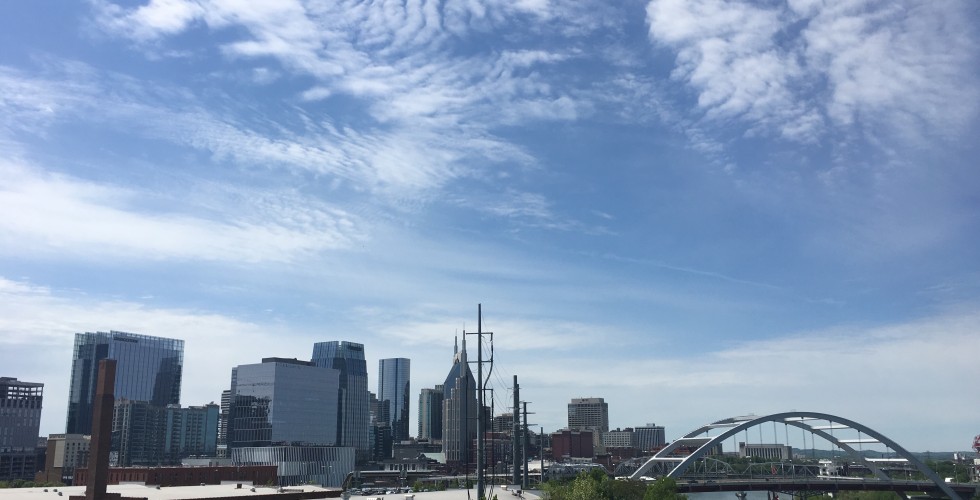 Ed. Note: This post originally appeared New Year’s Day 2018 and was subsequently deleted & re-published 4/25/19. For personal reasons we decided to move to Owings Mills at that time instead. It was our feeling that the situation in Baltimore would continue to deteriorate. With the benefit of hindsight that has proven true. As we post this today the FBI has just finished raiding city hall and Cathy Pugh is likely to be arrested very soon. And, well, you know the rest.

Meanwhile we have moved to Nashville. We can afford to live downtown, on the river. And it’s fantastic here. There’s growth and prosperity everywhere and we haven’t felt unsafe a single moment since we arrived.

As we type this Taylor Swift is posing with fans in front of the Wings mural and we’re about to walk down the street and see a ton of free music and watch the Ravens make their selection in the NFL Draft. It goes without saying that Baltimore could never pull off an event like this. It couldn’t even pull off the Grand Prix. That’s the way this blog ends. A happy ending.

A year and a half ago we wrote a post about our intention to leave the city. Although we made an earnest effort to sell our Waverly rowhouse twice, it did not attract a single offer despite being priced as low as we could possibly afford.

Since then, our personal circumstances have changed for the better. After years of studying and working toward it, we’ve attained a professional license and secured a job that pays a lot more than we’ve earned in the past. Not to put too fine a point on it, but we’re now making three times as much as we made at the time we bought this house. It’s enough to be more than twice the neighborhood median income. It’s enough that we’re no longer stuck.

In 2018 we can afford to move out of this house even without a sale. And that’s exactly what we intend to do. Next month we’ll be moving to Nashville.

At this point our disaffection with Baltimore City is nothing new. We’d begun to detail our struggles living here even before the riots of 2015. By 2016, when we tried to sell the first time, the city had smashed crime records once and was well on its way to doing it again by the end of that year. Now that 2017 is over we’ve had yet another record year for per capita murders. But this one murder, the one that put the city over the edge for this year, number 342, was different. It’s different because we saw it happen out our bedroom window. It was the second shooting immediately outside our door in as many months.

There are those who’d question or deride our decision to leave the city. Well, fuck ‘em. No one should be expected to live with gunshots flying past their windows and that includes this writer. There were around a thousand shootings in Baltimore this year. These are not just bad luck or isolated incidents or part and parcel of life in the big city. What we’re living through, all of us, is nothing less than the complete breakdown of our criminal justice system.

The Gun Trace Task Force, the case of Detective Sean Suiter, and the hundreds of cases dropped as a result of their corruption are so completely beyond the pale that we don’t even wish to discuss them here, except to incorporate them by reference. As we stand as a city on this first day of 2018 we can now confidently answer the question so many were asking at the start of 2016. Yes, this is the New Normal.

Moving ahead with projects funded by an ever-shrinking tax base like Harbor Point and Port Covington while longtime residents flee decrepit and decaying neighborhoods is the New Normal. The New Normal is watching as the dozens of neighbors on our block leave their houses vacant, whether by foreclosure, neglect or by choice. Another household is packing their truck outside the window as we write this. The New Normal is a 100 year population low, down more than 100,000 in 20 years and the loss of thousands more residents each year.

We’ve had as much of the New Normal as we can stand. We’re ready to embrace the Normal Normal.

As we say goodbye to Baltimore we also say goodbye to so many countless fears, anxieties, annoyances, frustrations, absurdities, disappointments, resentments, and exasperations that are unique, if not to this place then to places like it. We’re embracing a new home which may be uneasy with its own rapid pace of change, but where change is possible, and positive. We want to live in a city where problems are not intractable, generational, and of a downward spiral.

When we began this blog we did it because the city felt vital and exciting in a way that made you believe anything was possible. That feeling is no longer in us. We’re not the only one to note that “It’s like the magic that brought you here is gone.” It’s been our joy to get to know and befriend so many brilliant people we continue to admire. It’s been our sorrow to see too many of them have moved on, and so many others content to merely hang on. It’s been our joy to have shared this with so many readers, and it’s our sorrow to know that this is our final post here.

The time has come to embrace our own New Normal.