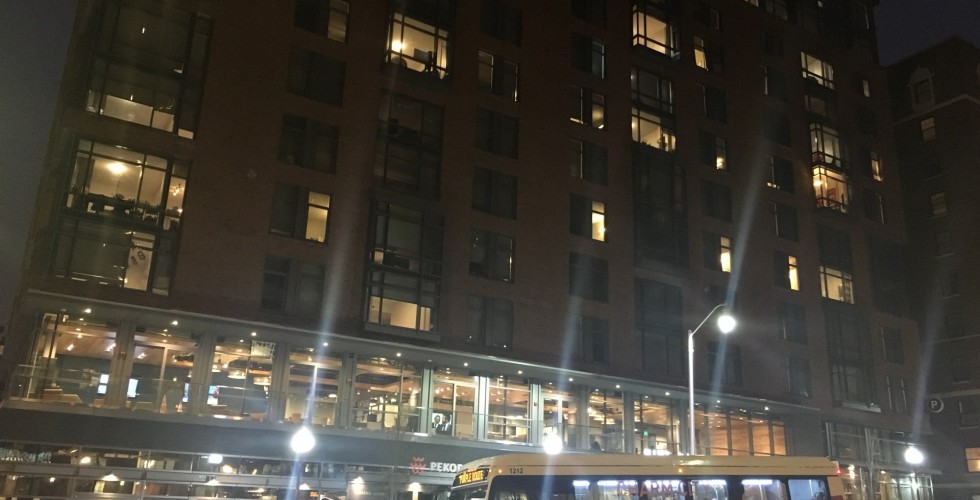 Last year we wrote a post on our frustration with living in Baltimore City, and declaring our desire to move to Towson. Since then when talking about city problems we sometimes get variations of the question “Don’t you live in Towson anyway?”

Last year’s post was about listing our house for sale. Even though it was listed for less than we paid, it failed to attract any offers in 90 days. We’re about to attempt to list it again, for even less this time. It would have been on the market weeks ago except that the city has closed our street for six weeks (at least) to dig it up and work on the water pipes. So in addition to all the frustrations we expressed in last year’s post we now live in the middle of a job site and wake up to jackhammering before 8 am every day.

In last year’s post, we intentionally skipped over the economics of our decision. Today we want to parse those economics in detail and examine the true cost of owning vs. renting in the city as we’ve experienced it firsthand.

A few notes before we get started:

We live in our house alone. Philosophically, we don’t believe a full-grown adult should need a roommate to square the circle of affordability. Ours is only an average size rowhouse but at around 1350 square feet it’s much larger than we strictly need. After touring many apartments we’ve found that 650 sq ft is adequate and 800 is spacious for one person. We’re not concerned today with cost per square foot. It is our feeling that any tradeoff in square footage is more than offset by gains in location and neighborhood amenities between our own house and an apartment. If our own house does happen to be a deal square-footage-wise, rest assured that same deal doesn’t exist when shopping to buy in nicer neighborhoods.

When comparing our house to an apartment, we’re mostly concerned with newer Class A buildings, of which there is currently a glut with more being built all the time. Older buildings are, of course, generally less expensive.

The conventional wisdom about Baltimore is that it’s a cheap place to live. Most longtime residents would balk at rents that approach (or exceed) $2000 a month, thinking that for that price you’d be better off moving to Manhattan. The conventional wisdom is that you can buy a rowhouse for around a thousand bucks a month and live happily ever after. We own such a house, and as we’ve detailed previously life on our block has been anything but happy. Our neighborhood continues to deteriorate. There are 16 houses between ours and the corner. Eight of them are currently unoccupied.

Our monthly payment may be about $1000, but after 7 1/2 years the true cost of ownership has been much higher. Assuming we were to sell this Spring for near our asking price, the numbers would be very similar to what follows. Beyond the mortgage our home has seen significant depreciation, and we would estimate we’ve spent well over $10,000 in maintenance. We don’t think this number is unusual. Our house has always been in generally good shape, but all city rowhouses are around a hundred years old (or more!) and they’ll all need maintenance. We spent over $7000 on maintenance last year alone, including a new roof. We pay $28 a month on our water bill just in taxes and fees. Even if apartment water were sub-metered we’d save at least this much. In many rentals water is paid by the landlord. These and the transactional costs of buying ($3850) and selling ($7000) are divided by the 90 months we’ve lived here, and other monthly expenses we’re including are the ground rent, cost of BGE above what it would cost in an apartment, and parking. We travel 6 months a year and leaving the car on the street for that time is impossible. The city would tow it. Garages run about $100 a month, so we’re averaging that out to $50 a month over the year. We’re also going to throw in $75, which is what it costs to belong to Merritt Clubs. Gyms are standard amenities in class A buildings now and outside Baltimore City most buildings include really nice pools too. Even the modest YMCA here in Waverly comes in at $50 a month. Here’s how those expenses add up over 90 months:

This is the number which effectively represents what we could pay for an apartment with those amenities with zero additional financial strain over the long term. This is not enough to get you to the top of the market in Baltimore, but even at this price you can find a nice apartment in a much better, safer neighborhood than Waverly. You can, of course, spend hundreds less than this. Spending more should get you a very nice place. Using the real cost of a rowhouse in the $100k-150k range, it seems clear that renting will almost always be the better deal, and come with far fewer headaches and more flexibility.

$1555 Is plenty enough to get a Class A apartment in Towson, which we’d prefer to any Baltimore neighborhood at this point anyway, and in many other cities this number will be enough to let you take your pick among neighborhoods and apartments.

So there you have it. We’re paying a $500+ a month premium to own in a bad neighborhood when we could spend the same to rent virtually anywhere. There are plenty of people in this town who think that homeowners should cheerfully carry this burden for the good of the city. Balls. It would be objectively stupid for us to remain in this house, in this neighborhood. We do not have faith that the situation on the ground will improve in any meaningful way. Our experiment in Baltimore home ownership has been a complete failure, and we are eager to bring it to an end.