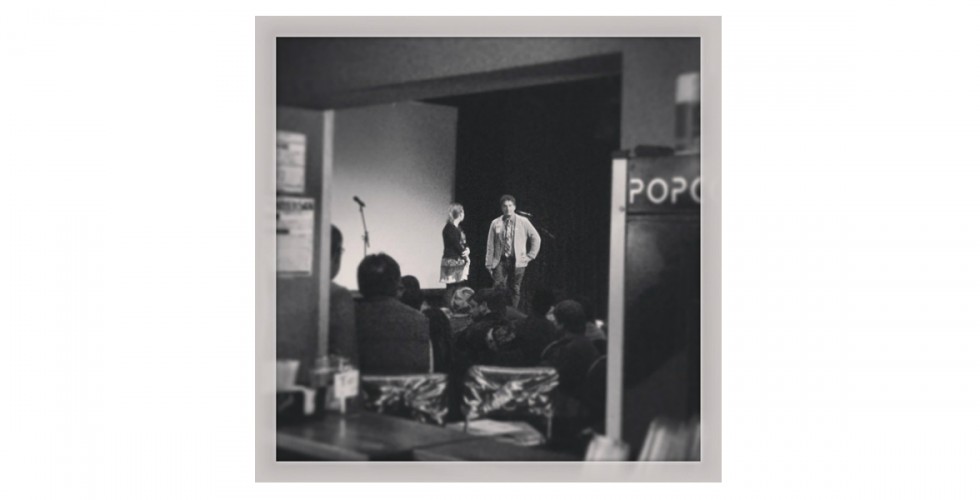 At this time last year we were kind of down about the state of blogging in Baltimore. The post we wrote about last year’s Mobbies contest detailed what was happening to sites across the Internet, including this one. The blogosphere shrank considerably in 2013, and we were concerned about its future. Fortunately a last minute rush in Mobbies nominations was a positive sign, and going to the awards party it was particularly encouraging to get to socialize with some online friends in real life which we probably don’t do often enough.

We also had the honor of winning the Editors’ Choice award which was pretty sweet. We’d like to thank the Sun again for that.

This year’s Mobbies nominations close today. You can view the nominees at that link and nominate anyone that’s not there. Voting begins on Monday. Please vote for the Baltimore Chop.

Since last year’s contest we’ve adapted to the scaled-down blogosphere by scaling down our own site. After a few hiccups we got a new (free) theme which we think is working out well. We stopped posting five days a week, and racking our brain to churn out copy about things that are only mildly interesting. We’ve tried to make an effort not to repeat ourselves on things we’ve written before. No more posts for posts’ sake. We also began making a serious effort to use as many original images as possible like the shot above from last year’s award ceremony.

As it turns out, the new normal of a scaled down blogosphere isn’t that bad. Writing posts now feels less like a chore that has to be done and more like something enjoyable that we want to do whenever we sit down to it. There’s less content, but we do feel that most of what is there is in many ways better content.

Since today is Halloween and it’s exactly a year since our last Mobbies post, and since it’s still October and the whole Internet is not yet sick of year-end best of lists here’s ten of our best posts from the past 12 months. If you missed any of them go back and take a look. We think they’re worthy of your Mobbies votes.

10. A Modest Food Truck Proposal laid out the case for a permanent food truck corral in Baltimore and suggested incorporating it into Lexington Market’s renovations.

7. A Guide to Non-Downtown Hotels in Baltimore was written to help aid culturally minded visitors in getting away from the Inner Harbor when they come to town.

6. Going Pro: A Longtime Fan Becomes an Usher at Camden Yards was a guest post that provided a firsthand account of what it’s like to go to work for the Orioles for a year.

5. Taking Sides in the Great Workwear Debate details the need to keep personal style in the context of a man’s personal life.

4. The Best and Worst of Baltimore Buses features some interesting visuals including a time lapse of a boat trip across the harbor, a creepshot of some junkies about to nod off on a bus, and the circulator routes laid over a census map of race. It also calls Jack Young a pussy.

3. Baltimore’s Cyclist Assaults are Motivated by Race, Class Told the truth about an ongoing problem in Station North in a way that news reports on the issue could not or would not.

2. Guided by History: Race, Class and Neighborhood Choice in Baltimore City examines how the city grew from the time of its founding, and explains how the character of our neighborhoods today was shaped by factors like racist housing policy, industrial history and the rise of the automobile.

1. A Reference Guide to Baltimore Rowhouse Types was our most popular post this year and chronicles the history of the city through its residential architecture with photos of each type of rowhouse found in the city from the era of wood houses to post-WWII neocolonials.

Before we end this post, the theme for this year’s Mobbies party is “the 1990′s.” Part of this year’s contest includes a Bloggers’ Challenge for writers to name something they’d bring back from the 90′s if they could. Since every single band we like from the 90′s has already taken it upon themselves to reunite and tour anyway, that’s out. Since we’re a bit too old to go around in flannels and Doc Marten’s that’s out too. We’d like to go back to a time when Baltimore didn’t have a Subway, Chipotle, 7-11 or Starbucks on every fucking corner but that’s taking something away, not bringing anything back. (Although we would like to bring Nice n’ Easy back to Fell’s Point.) So after much consideration the one thing we’d bring back from the 1990′s is none other than Big Daddy himself: William Jefferson Clinton! 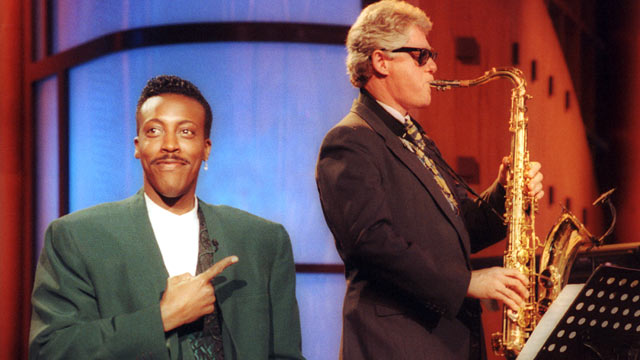 The first paragraph of his bio on whitehouse.gov pretty much sums it up. “During the administration of William Jefferson Clinton, the U.S. enjoyed more peace and economic well being than at any time in its history. He was the first Democratic president since Franklin D. Roosevelt to win a second term. He could point to the lowest unemployment rate in modern times, the lowest inflation in 30 years, the highest home ownership in the country’s history, dropping crime rates in many places, and reduced welfare rolls. He proposed the first balanced budget in decades and achieved a budget surplus. As part of a plan to celebrate the millennium in 2000, Clinton called for a great national initiative to end racial discrimination.”

The Chop was a teenager throughout most of the Clinton years and we definitely did not know how good we had it. If we had any inkling of how dark and horrible George W Bush’s America would be we might have actually gone to work for the Gore campaign. This list of Clinton accomplishments is impressive, and most of these have to do with things like taxes being low, wages going up, and the deficit becoming a surplus. We’d love to bring back a time before our other current New Normal, when wages never beat inflation and everyone is just used to being broke all the time. That list also doesn’t mention not going to war in Iraq as an accomplishment but maybe it should. Clinton even told W that Bin Laden was the US’ top security threat. would have been nice if he’d listened.