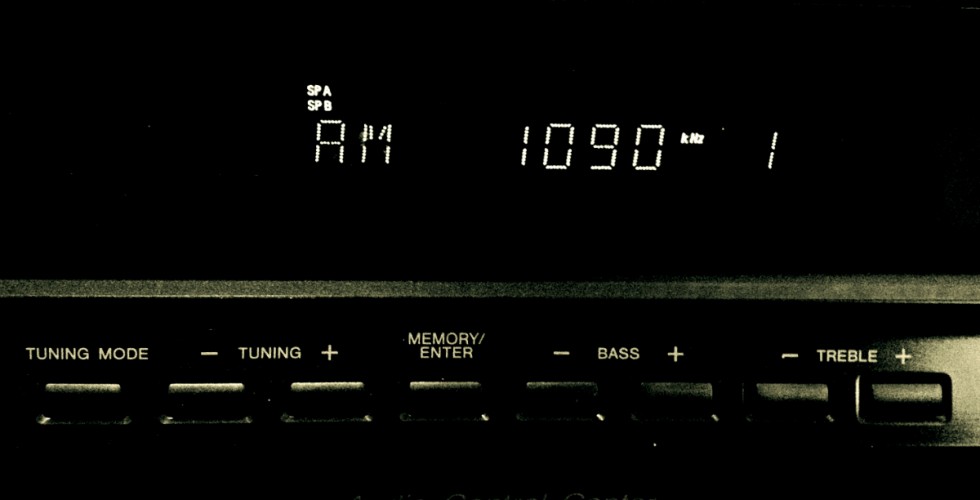 Orioles fans are a bit spoiled with the quality of broadcasting available locally. The MASN crew covering the Orioles was recently ranked third of 30 MLB teams in a nationwide fan poll at Awful Announcing, with only the legendary broadcasters Vin Scully and Jon Miller between them and the top spot. When you factor in the talents of Fred Manfra and Joe Angell on the radio, it’s fair to say that our broadcasts combined are arguably the best in the business and it’s easy to understand why the fans here love them so much.

So it’s not just our imagination that when our team plays games with national coverage the broadcasting is terrible. For reasons we won’t go into here national coverage is always objectively worse than almost any local broadcast team and when the gulf in knowledge and talent is as wide as it is between MASN and the networks the Baltimore Homers get fed up pretty quickly. Personally, we think the TBS crew that covered the O’s-Tigers ALDS series was tolerable, and was much better than what’s featured on ESPN or FOX. But given a choice we’d much rather hear the audio from WBAL radio.

Unfortunately for all of us, a typical game’s video feed is broadcast on a delay so far behind the audio that it’s not feasible to simply turn down the TV and listen to the radio. But with a little know-how and ingenuity it is possible to synchronize a radio broadcast to your TV’s picture. You’ve probably already got most of the required equipment at home, and while the steps aren’t entirely simple, they’re not overly complicated either. Here today to walk us through them is guest contributor Brian Tetreault:

How to sync your radio with your TV

Are you a fan of your local radio broadcasters and want to hear them when your team is on TV? Just fire up the radio, mute the TV audio and enjoy, right? Not so easy – most radio and TV audio are not synchronized, sometimes off by a minute or more. That can make for an anticlimactic experience when you hear the great play before you get to see it.
You can use your existing radio and your computer to solve this problem and get the detailed and friendly local radio broadcast instead of the insipid TV hairdos.

1. Get delay software and install it on your computer. You can use Garage Band (included free on some Macs) or download something like:
- BatCrack (Mac, $0.99)
- Radio Delay (PC, free)
Google is your friend here to find others.

2. Connect audio output of source radio to input of computer. Usually a double ended 1/8″ male-male cable will do. You may want it to be long (6 ft or so) because interference from the computer can affect radio reception – a longer cable will allow you to get good separation between the radio and computer. I hear that some newer computers don’t have analog audio inputs anymore but there are USB audio adapters available. Google will help with this as well. (Ed. note: using the MLB At Bat smartphone app as the audio source will connect the same way and produce perfect reception.)

3. Check that audio from the source radio is making it to the computer. Most apps have the ability to show graphically that audio is being received; the audio will also be heard through the computer speakers. This may require selecting the source from pull down menus, or adding an input from a menu of sources. You may also need to select an output as well.

4. Configure the delay. In Garage Band, you need to add audio effects – one of which is delay (you an add reverb or other effects if you like…). However, the max delay with each effect is limited (5 sec, IIRC). So you need to “chain” the effects; i.e., run the audio through delay 1 then to delay 2, etc. This can be cumbersome and I believe there are limitations on the number of effects, so Garage Band may not be the best solution, even if it is free. It’s also overkill IMHO for a relatively simple desired result. Simple delay software will allow you to just add a delay of any length. Turn down the TV audio, and start with a reasonable delay (30 sec) and then wait for the game to start to fine-tune the adjustment.

5. Decide if you want to listen through the computer speakers, or send the audio to an eternal system (i.e., your stereo amplifier and speakers adjacent to your TV, right?). If so, you’ll need another cable to go from the computer audio output to the amplifier input. This may require a 1/8″ male-to-phono plug or other connector to the Auxiliary input on your amplifier. Newer amps have 1/8″ inputs conveniently located on the front of the box. You may also have to select a different output for the delayed audio other than the computer speakers.

6. Adjust the delay. On the first few plays of the game listen for a distinctive sound that you can correlate with the TV visuals: the ball hitting the catcher’s mitt, quarterback play call at the snap, or something else. Then fine turn the delay – BatCrack allows a simple entry of seconds of delay; other software may have sliders or menu selections of delay values. I listen to the radio, hear the ball hit the catcher’s mitt then measure the number of seconds until I see it on TV (using the clock on my computer). Then enter the delay and voila – they’re synced.

7. Enjoy Joe and Fred (or whoever your guys are) calling the game rather than the out-of-town dolts who don’t know or care about your team! You may want to further fine-tune the delay as you watch, but if you get within 0.5 sec you will probably not notice a difference – the human brain does a great job of matching up different sensory input even with a bit of latency between them. Just be prepared to notice how paltry the TV coverage is – not just the lame audio commentary, but also the visuals. You will be dismayed how much time is given to worthless shots: tight close-ups of players when what is needed is an overview of the field, way too many fan reactions, and even missed plays that the radio guys describe clearly.

There may be instances where the desired audio is delayed in respect to the TV video. I have not had this experience (other than with the MLB At Bat audio, which is often many minutes behind the broadcast video), but I understand that some DVRs can be set to delay the video to sync with the audio.

(Ed. note: here’s an explanation of how to do this more easily with a Roku 3 box.)

Brian Tetreault is a lifelong Orioles fan and Baltimore resident who dabbles in technology and radio both for fun (KB3UZH) and professionally (maritimespatial.com). You can follow him on Twitter at @bjtetreault.