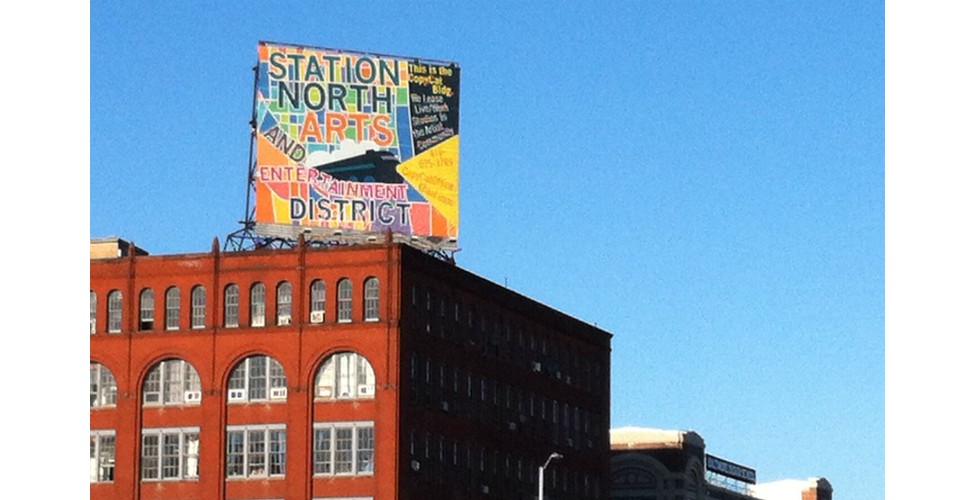 Two weeks ago we wrote at length about Baltimore’s neighborhoods and their racial and class divides. The lines between neighborhoods, and between black and white are very finely drawn and are as old as our city itself. They haven’t changed very much since the period of white flight after the Jim Crow era, and they’re unlikely to blur or change any time soon.

Last weekend cyclist Michael Bowman found himself riding directly along one of those dividing lines when he was attacked by a group of teenagers. Bowman posted the helmet-cam video of the attack on YouTube where it was subsequently picked up by the Sun, the City Paper, and all four local news channels.

Personally we found the coverage to be somewhat lacking, and the discussions that followed online to be troubling for a number of reasons. We’re writing today as a cyclist who frequents Guilford Avenue, but more than that we’re writing as an Urban White Liberal cyclist, to our fellow Urban White Liberal cyclists who- let’s face it- make up most of what’s thought of as “Baltimore’s Bicycling Community.” We’re going to spend the rest of this post talking about things that make us a little uncomfortable to write, and might make our fellow cyclists a little uncomfortable to read or consider, but which we nonetheless believe to be true.

First we want to mention the reasons why this attack is newsworthy. This quick and ultimately relatively minor assault deserves coverage for several reasons, even though many more serious crimes garner far less press. Bowman’s assault is part of a years-long pattern of youth attacking cyclists. Especially in the Station North area, but also in most parts of the city anyone riding a bike needs to be aware of the type and frequency of these attacks. The public knowing about them is more important than say, two neighbors coming to blows over an ongoing dispute. This story is also particularly of interest to the media because there is video to be shown and a victim who’s willing to sit nicely for an interview. But perhaps most importantly it deserves coverage because it’s a case of racial violence.

The media didn’t cover it that way, and the victim didn’t frame it that way, but there can be no question that Bowman and other cyclists are being attacked for reasons having everything to do with race and class. Even while pointing out that a pattern exists, news outlets have stopped short of investigating the racial and economic makeup of that pattern, which has been poor black kids attacking white middle class bike riders. To be fair, it takes a lot more time and effort to fully report on the pattern than is possible to do while the story is still ‘breaking.’ A wider investigation into cyclist assaults would be very welcome and instructive for all concerned. Personally, we used to live at Calvert and Lafayette, and as a cyclist we’ve been spit at and called things like “white bitch” when traversing the blocks where Bowman was attacked. If the guy with that helmet cam had been fifty years old, black, and dressed like he fit in to Barclay or Greenmount West those kids would have let him pass by. They were waiting for someone exactly like Bowman.

If you’ve seen Michael Bowman giving interviews like this one with ABC 2 it’s pretty hard to dispute that he perfectly fits the profile of the Urban White Liberal Cyclist (as does the Chop). Bowman dresses well and rides a pretty nice bike. As the reports indicate he lives in Fell’s Point, works in Federal Hill, and was on his way to socialize in Hampden. He even met the reporter at Artifact Coffee. Bowman is an A-1 example of White Baltimore, and whether anyone wants to admit it or not that’s got a lot to do with why he was attacked. Besides being an easy target, a lone cyclist can also be a convenient symbol for inequality. A man on a bike is emblematic of the new money finding its way into Station North and a reminder that the changes taking place there don’t and aren’t meant to benefit everyone.

It’s pretty safe to say that Urban White Liberals have no appetite at all to think of neighborhoods or crimes in racial terms. We’d refer you again to Bowman’s Channel 2 interview in which he says of his attackers “I wish they had something to do maybe they could come out and join us. If they asked any of the cyclists if they want to come out on a bike ride they’d probably say yeah I’ll help you get a bike we’ll do this.” which is a pretty absurd and naive statement. We’re not sure where Bowman is from, but in the Baltimore where we grew up if someone is stomping you in the middle of the street it’s a clue that they don’t like you very much, and certainly don’t want to go on a leisurely bike ride with you. We Liberals are quick to find racial motivations in cases of White-on-Black violence, but when we’re the victims we like to shake our heads and say ‘oh, they’re just children. The system must have failed them many times over.’ No matter how enlightened and empathetic Urban White Liberals like to think we are, the kids who attacked Bowman probably know quite a bit about race and class too, and they didn’t learn any of it in a college textbook.

The thing that White Liberals just can’t seem to wrap our heads around in so many different scenarios is that we don’t get to decide when it’s about Race. And deciding not to talk about the racial implications isn’t going to make them go away.

There seems to be very little desire among Urban White Liberal cyclists to have a discussion (at least online) that goes much deeper than “be aware and try to be safe out there.” While the comment sections under the original YouTube Video and this City Paper post are mostly racist idiots spouting off, there’s very little talk about the incident in places like Bike Party’s Facebook or /r/bikemore. As referenced in the City Paper post Bikemore did issue a statement, which was much in the same turn-the-other-cheek tone that Bowman expressed. It’s very politically correct, and uses phrases like “safe places for youth to learn and engage in positive activities,” and “we should also use this unfortunate event as an opportunity to teach young people the impact of their actions and address the underlying causes of the assault.”

We agree that the city has failed many of its poorest, blackest communities. We agree that kids should have more resources available and that the police and media shouldn’t care more about affluent white victims than anyone else. We believe that the answer isn’t to sentence criminals (especially minors) more harshly and all that other good old Liberal Dogma. But there’s a time and place for all of that. For now the kids who attacked Bowman aren’t ‘just kids,’ they’re criminals, and once their names are known to police they’ll be fugitives, and what the ultimate outcome will be is and should be up to a judge to decide.

So what should you, as an Urban White Liberal cyclist, do now? You should get real. You should understand that you are a target because of who you are.

We hate to say it but you should ride up Charles or Howard Streets. Those kids live East of Guilford. Stay the fuck away from them. Brave the cars. Not that any street is 100% safe (the area around the Ottobar is another particular hotspot for criminals seeking out a certain kind of victim) but unless you’re itching for a fight it pays to stay further away from shitty neighborhoods. (Hint: the first step is admitting that shitty neighborhoods exist. Calling them ‘underserved’ or ‘emerging’ doesn’t make them any less shitty.)

We hate even more to say that you should be a little afraid. We Urban White Liberals like to imagine a world where no one ever has to be afraid. We work really hard to condition away race-based prejudices and fears, but being street smart means coping with the world we actually live in, not the one we wish we had. If you see a group of kids walking or standing around in the street or riding bikes against traffic you should stay the hell away from them. Just because you’ve got empathy and respect for everyone you encounter doesn’t mean they like you too. It’s true that most groups of kids don’t mean to do you harm, but some do, and there’s just no way to tell the difference until it’s too late. The only way to develop that gut check feeling about what’s normal behavior and what might be suspect is to ride a lot of mileage through many parts of the city. Not that it’s his fault, but we doubt that Bowman knew what to look for and probably didn’t feel much fear until it was too late. It sucks to have to size up children as a threat and go out of your way to avoid them, but it doesn’t suck as badly as getting attacked and losing your bike. If you find yourself in a situation like Bowman did the best thing you can do is recognize it early and not come within half a block of danger.

And lastly you should realize that even though they’re kids they’re still attacking you. Just because the kids who steal bikes are under 18 doesn’t mean that they won’t hesitate to use bottles, bricks, boards and anything else available to do you very serious harm. If you’re under attack and fleeing isn’t an option you should absolutely fight back as best you can while calling out for help, up to and including using a U lock, mace, or anything else in your defense. Those kids didn’t feel bad for attacking Bowman, and would have hurt him much worse if not for those sirens. It’s hard to know how you’ll react in any particular scenario, but however you react White Liberal Guilt will definitely not save you.