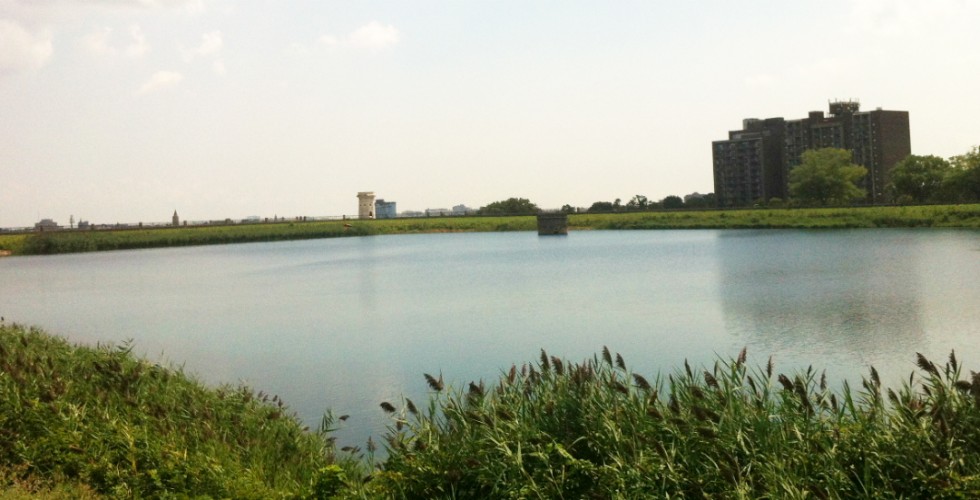 Now that Spring is here and the weather is increasingly fine we’re beginning to see more and more runners and joggers out around Baltimore. It’s a perfect opportunity for us to put up a link to this post from 2011 about the small percentage of runners who are complete assholes and insist on running through crowded commercial blocks to show off.

We said then that they should perhaps try running around one of the city’s reservoirs. After a trip to Lake Montebello this week we have some good news to report: a significant number of those asshole runners took our advice. The bad news is that they’re still complete assholes.

Lake Montebello recently underwent a major renovation and is specifically designed for jogging, walking and cycling for exercise and recreation. The running and cycling trails are very clearly marked with large arrows and signage at regular intervals. On any given day there are hundreds of people of all ages and backgrounds circling the lake with no problem. But there are a few fucking jerkoffs who insist on running in the opposite direction of the several hundred other joggers, usually in the middle of the bike lane.

It didn’t take us more than one lap around on a sunny day to realize that everybody who insists on being a complete and total selfish prick of a piece of human garbage had a few things in common: first, they all appear to be “in training.” They’re the type of runner who has a membership at a running store and competes in races regularly. They’ve all got running-specific attire and some are running shirtless. Being a “serious” runner in their minds means that they shouldn’t have to be bothered to pass slower runners just trying to stay in shape. The rules don’t apply to them at all because they can run 8 mph while all the neighborhood folks top out at 5. If they’re really that serious they should take their asses to an actual track. If they don’t have access to a track, well gee, maybe they’re not so elite after all, huh?

The other thing we noticed that all these dickheads have in common is this: they’re all white men. At the risk of sounding like the Internet PC police, it is fucking infuriating to us to see several young, fit, presumably monied white men all decide independently that the rules just don’t fucking apply to them. It’s as if they show up to the lake and say ‘Gee, the several hundred (mostly over 45, mostly African American) people from this neighborhood who have gathered to enjoy this community resource present a slight inconvenience to my own personal running regimen, which is obviously more important than anyone else’s. So I’ll just do whatever the fuck I want because these rules are clearly not meant to apply to me. And if anyone says anything about it they’re the asshole.”

Well guess what you miserable pieces of dogshit-in-a-bib. The rules do fucking apply to you! And no matter how fast you can run you can’t run as fast as our bicycle which makes 20mph moving in the right direction in the designated bicycle lane.

To recap: if you’re a privileged white dude who runs in the opposite direction at lakes you deserve not just the clocking with a U lock that we’re dying to give you as we pass, but to fall in the lake and drown and have your waterlogged corpse dredged up and impaled on a one-way sign as a warning to the rest of your kind.