Okay, so we’re going to rant a little today. Just at tiny bit. We have to, because the topic we wish to address is such that the only way you can approach it is to rant anonymously on the internet. There’s no laws on the books about it- no signs posted, no accepted protocol. So we’re just going to come out with it here.

Yesterday was National Runnning Day and with the weather turning warm people all over are starting to think semi-seriously about getting in shape for the first time since their New Year’s resolutions. The sunshine is drawing people out to pool parties, the beaches, and to all sorts of Summertime activities where a decent tan and a trim waistline are de rigueur. It’s for this reason that the number of joggers out on the streets multiplies exponentially this time of year. 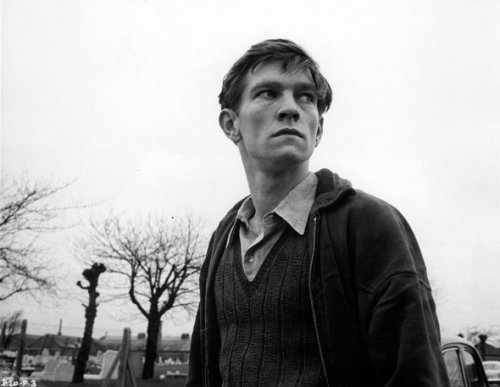 As Tom Cortenay will tell you, running is best done alone- not in the middle of a crowded city.

We’re not here to rant about running. Running is great. We endorse it. More people should do it. Hell, we should probably give it a shot one of these days. We’re not getting any younger, after all. Ninety nine per cent of all joggers are perfectly wonderful people enjoying a wholesome and healthy hobby. The other one percent are assholes.

There are tons of great places to go jogging in Baltimore City. Whether it’s up the Jones Falls Trail, at one of our lakes, on a track at a high school or college, around one of the several large city parks, or just along a pleasant avenue like Keswick or Guilford or just about any street in Bolton Hill. Wherever you live, you can find a great spot in your neighborhood, or jog a different spot in the city every day of the week. Yet somehow, this still needs to be said:

This is a city of neighborhoods; of little main streets and town squares. It’s in these places where shops and restaurants open their doors, where people are coming in and out, strolling up and down, walking their dogs, stopping to chat, enjoying outdoor cafes, people watching, soaking up the atmosphere and all of the other things that make city life city life. These blocks are crowded. The last thing anyone needs is some sweaty jogger, oblivious in ipod headphones, weaving through the sidewalk, bumping into people and causing chaos. It’s annoying, and it ought to stop.

Honestly, it’s baffling to us. Why would anyone make a habit of running through crowded commercial strips where the sidewalk density can reach 50-100 people per block, when just one block over there’s a broad residential street with few if any people, less vehicular traffic, and fewer urban obstacles like newspaper boxes and bicycle racks? Why would you jog along Cross Street when you could run Riverside Avenue? Why do you need to run past the commercial blocks in Charles Village when you could just circle the JHU campus?

There’s only one explanation that occurs to us; that the few people who do make a habit of jogging in commercial districts aren’t really very serious runners anyway. They’re showoffs. ***OOOoohh. Look at me jogging! Do you see my natural tan? Do you see the carefully selected vintage tee shirt that I cut the sleeves off of? Did you notice that my ipod’s special running mix has Bon Iver AND Lil Wayne??? I”m sooo gonna post my time and mileage on Facebook as soon as I get home!*** Again and again, these are they type of people we notice running through commercial districts- not the kind who care about running, but the kind who care about advertising the fact that they run. Fuck them.