According to an article from today’s Chicago Tribune hipsters are dead. Or beards are dead. Or was it newspapers? Maybe it was beards made of alternative weekly newspapers that died? In a Normcore world even your Chop has trouble sometimes remembering what is supposedly dead and whether Death is the new Black.

But the article was quite timely for us and gave us a bit of a knowing chuckle when we read about Brooklyn douchebags seeing plastic surgeons for elective beard transplants. You see, while we prefer to remain clean shaven and have for our whole adult life, last week due to some extreme circumstances we were forced to grow a beard for the first time in about 20 years. It doesn’t take much effort- for constantly lurking just below the Chop’s chinny-chin-chin is a thick, full beard just 3-4 days away from full flourish.

When, like the mighty Groundhog, it made an appearance at the end of winter before burrowing back into its hole we’ve got to say we were pretty damn pleased with the results. For you see, there was some salt in the pepper. Many of our cohort sport beards marked by unkempt edges and inconsistent fullness. Our own, which we trimmed neatly as soon as was required, grew full and thick with just a slight patina of silver. It is the highest and best, the most correct way to wear a beard, a look that can’t be faked and never goes out of style, as shown in just a few examples below…

Current king of the look, Clooney. 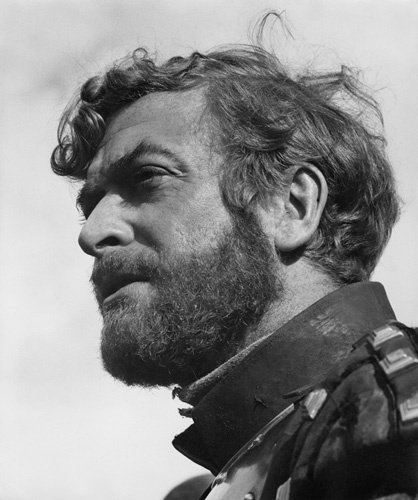