In a break with Internet tradition we present to you today a post that is not about the ‘top five’ ‘Best’ bourbons and ryes. After all, the web is full of clickbait articles by phony experts as to what makes one whiskey superior to another. Adding our own opinion isn’t going to do much in the way of advancing that discussion or settling it once and for all. And besides- whiskey is just like anything else: you get what you pay for and if you want to know what’s the best all you’ve really got to do is check the price tag.

But it is Fall, after all. And as of this week our vodka and limes go on the shelf and we’re back to brown liquor until about sometime in May. Things being what they are, we are not of the means to reach up to the top shelf every time we visit one of Baltimore’s Best Liquor Stores. But so too we try to avoid reaching down toward the Heaven Hills and Kentucky Taverns of the world. 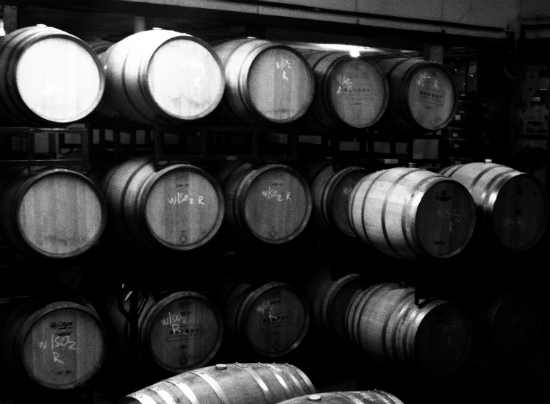 Much more than with unaged spirits going too cheap on the whiskey will taste terrible and leave you with a hangover of epic proportions. The discriminating drinker of modest means must demand value for the dollar from the middle shelves. We all know that Beam and Bulleit and Buffalo Trace and Maker’s Mark are solid mid-level choices, but for your Fall drinking needs this year here are five bottles you may not have considered, but probably should.

George Dickel Old No. 8. There are a few varieties of Dickel Available but our favorite is the black labeled 80 proof version. As a Tennessee whiskey it’s got a much more diverse flavor profile than bourbon does and its relatively low alcohol content allows the flavor of grains and wood to come through nicely. A great choice for drinking straight or on the rocks.

Old Overholt. Ryes are all the rage these days with most whiskey distillers rolling out their own lines and no shortage of artisanal small batch organic-type options around. Overholt is definitely not the best rye out there, but it’s exceptionally smooth and at about $12 a bottle is probably the best cheap whiskey available anywhere.

Rebel Yell. We found a full bottle of Rebel Yell in our liquor cabinet when we returned from sea in May. It was like a nice gift from the Past Chop to Future Chop, and Future Chop appreciated it very much. We’d never bought it before but if it was left when we went to sea then it’s a pretty good bet that Past Chop took a chance on it because Past Chop was also Broke Chop. Would buy again!

Wild Turkey. Wild Turkey doesn’t seem to get much love in Charm City. A lot of bars don’t have it and the ones that do certainly don’t take any pains to sell it. And it’s a damn shame because as mid-level bourbon goes it’s one of our favorites right up there with Buffalo Trace. It’s a great choice for mixing and if you can find a handle at a decent price it’ll hold you in good stead for a while. Hell, if it was good enough for Hunter S. Thompson it’s good enough for you.

Noah’s Mill. We named this as one of our Five Best Bottles to Give as a Gift and this stuff is so good we’re going to name it again here. It’s not cheap, but coming in just under $50 in most stores it still provides outstanding value for a 15 year old whiskey. All that aging disguises the 114 proof, so slow sipping with a drop (or more) of water is recommended.