Last Fall when we wrote about How to Stock a Home Bar we mentioned that you should save space for a couple of ‘special occasion bottles.’ You need a couple of bottles of the good stuff; a private stock, if you will. This is the stuff that you’ll break out for special occasions, and that is good enough that it will make any occasion special if you do break it out.

We suggested that these bottles might even be given to you to mark some special occasion. It works both ways though… eventually a friend of yours is going to have a birthday, a housewarming, a Christmas party, or some other milestone worth marking with a bottle. It’s times like these when the usual good stuff isn’t quite good enough. Any drinker can treat himself to a bottle of Makers’ 46 or Tanqueray 10 on payday, but the idea behind a gifted bottle is that it should not only be a liquor of superior quality, but should be something a friend might not think to try on his own.

In any decent spirits shop there’s going to be no shortage of bottles worth giving as a gift. Especially now, in the age of artisanal booze made in small batch copper pot stills there is plenty of variety for a special occasion. These five though are tried and true, and represent the very best spirit of generosity. 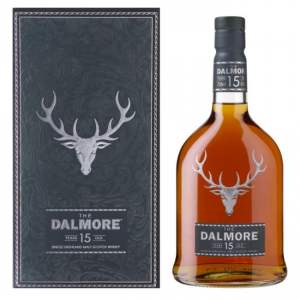 The Dalmore 15 year old. Representing the third tier in the Dalmore Range (which includes whiskys up to 50 years old), the 15 is about the best there is in the world before you start spending into the triple digits. The Dalmore’s 12 point stag stands guard on the bottle, ensuring it’s not opened lightly. Aged entirely in sherry casks, this is the stuff that your Grandfather would drink. At his mistress’ funeral. (around $80.) 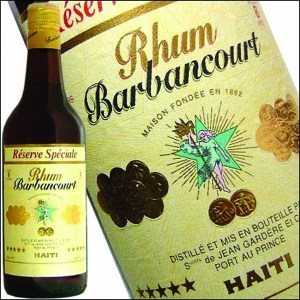 Barbancourt Estate Reserve. Unlike some other liquors, there are plenty of good rums available in the $20 range. Spend twice that and you’re into the realm of world-class rums. What makes Barbancourt’s Estate Reserve so special isn’t just the fact that it’s still being produced in post-quake Haiti from pure sugar cane or the 15 years it spends in oak, it’s the fact that not only do you not need Coke to drink it… you don’t even need ice. (around $45.)

Noah’s Mill. We had the good fortune to receive a bottle of Noah’s Mill as a gift once, and can speak directly to its quality. The Chop is first and foremost a bourbon drinker, and Noah’s Mill has supplanted Russell’s Reserve as our top pick. You know this isn’t for everyday drinking, as it’s bottled at a ridiculous 114.3 proof. You wouldn’t ever know it though, because it smooths out nicely after 15 years of aging in charred oak. This is as good as it gets. (around $45.) 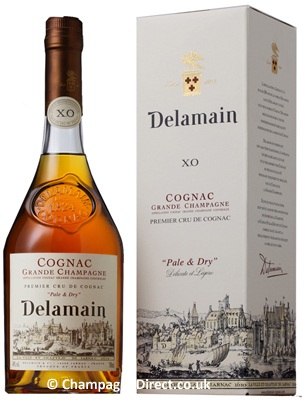 Delamain pale and dry XO.Without getting into a whole big lesson on Cognac, let us just say this is the good shit. In this year’s Ultimate Spirits Challenge it placed second with a score of 95, a tie with Delamain’s much pricier “Extra” expression. Whereas an XO represents the top of some brands’ lines, at Delamain this 25 year old Cognac is actually the bottom of the line. Compare it to Courvoisier’s XO, which is the fifth step up their ladder, retails about $50 more, and is not 100% Grand Champagne derived. It is a bit expensive, but it’s also a special occasion. (around $100.)

Chartreuse. Why are we including Chartreuse in this short list? Is it because we love it? Because we would like to receive a bottle as a gift? Because we wanted to include a liqueur for variety’s sake? These are all good reasons, but we include Chartreuse here because it’s the perfect gift for the vodka or gin drinker in your life. Premium vodka is more or less a scam, and any serious gin drinker has probably already reached the top of the gin pyramid on his own (It’s not nearly as high as the Cognac pyramid or the Scotch pyramid). Chartreuse is best served neat, but if that certain someone still insists of drinking vodka, feel free to pass along our Chartreuse gimlet recipe.