How do you know it’s Summer? Is it just because the temperature is up and you can feel it? Is it because you can see with your own two eyes that there are festivals and jorts and baseball all over the place? Is it because you are tasting burgers off the grill and delicious steamed crabs and Boh? Can you really be sure?

No, you can’t be sure it’s Summer until you hear the sound of the Summer- and for 2013 that sound is Hard Dads. What makes them the soundtrack to Summer? In a word, sleaze. Not that they’re a particularly dirty band, no filthy lyrics for shock value or anything like that, they just sound sleazy in the best possible way. A little Cramps, a little Germs, a little Avengers. 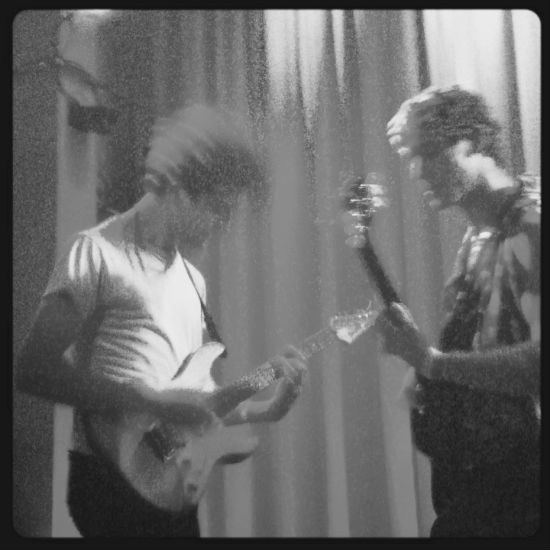 Hard Dads are the band whose record you want to put on first thing in the morning when you wake up in a row house with no air conditioning, when your dog has shit on the floor and your roommate hasn’t done the dishes and you’re probably gonna be late for work and there are 12 empty beer cans on your coffee table and you have a headache. Full of distortion and not afraid of guitar solos, they’re the band that keeps popping up on club bills around town all Summer long; the band that will be playing when you see a cute tattooed stranger and make a bad decision or two.

Hard Dads has been ruling our Summer so far, and they can rule yours too. All you’ve got to do is reach up and click that download button to get their 6-song self titled record for free. Free! Come on! You’ll be playing it over and over again. Maybe even on the way to the Golden West tonight where they’ll be playing with Columbus Ohio’s Mount Carmel and BBQT. Doors late, Show late.