A few months ago your Chop was drinking in a pub in England when we kinda sorta inadvertently but not really but whatever started an Internet teapot tempest talking shit on Twitter.

We talk a lot of shit, sure. But we also want to be certain we give credit where credit is due and right now there’s a lot of credit due to Pianos Become the Teeth.

Here’s a band that’s playing a hometown show at the end of a giant tour and doing it right. They’re bringing their tour mates with them. They’re billing it as a co-headline with Tiger’s Jaw. They’re in a right-size venue with reasonably priced tickets. It’s all ages and starts at 8 pm. And maybe most importantly, it hasn’t been 3 years since the last time they played here. 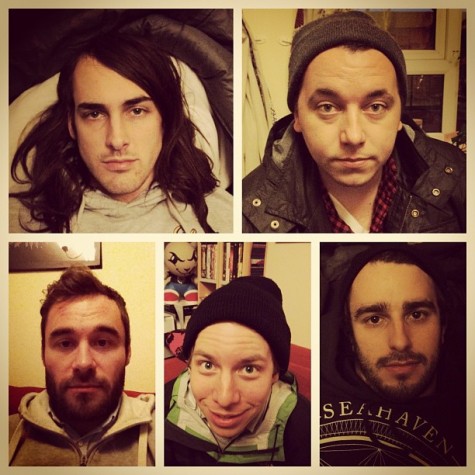 This is Pianos’ second hometown show this year. As of right now they’ve got nothing else lined up, but who knows? It’s certainly not impossible that they’d get booked into something over the next 6 months, and you know what? For a band of their stature to play hometown shows three times a year is not too shabby.

When you live in Baltimore, it’s easy to sometimes be myopic or take things for granted. If you’re reading this locally you may not have noticed that Pianos is well on their way to taking over the world, but they are. They’ve been touring pretty much the whole planet and selling out a lot of big rooms recently on the strength of The Lack Long After which is a post-hardcore masterpiece and an encouraging follow-up to their debut Old Pride.

They’re in a great place as they begin work on their 3rd LP. As a band which has fully reached its stride, they’ve proven they can write and play together on a very high level, but at the same time Pianos is young enough and has the freedom and skill to still have almost limitless potential in front of them.

Tonight’s show at the Ottobar will be sold out by showtime, and the 450 or so people inside are going to be treated to a full set of the kind of energy, passion and catharsis that you can only find on a night like tonight; when a great band plays a legit hometown show.