Good news, everyone! We’re not going out tonight. There is not a club, party, or event that could possibly bring us one billionth of an iota of the joy we’re about to experience tonight when we tune into the RE-Premiere of Futurama on Comedy Central. It’s going to be the greatest hour of television since the last hour of television. 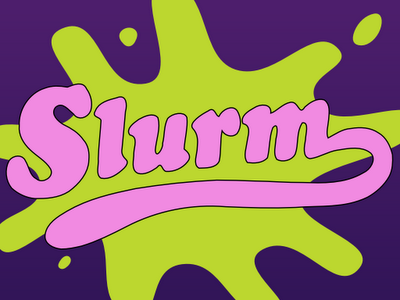 In celebration of the arrival of the distant future, and of the fact that we’re not driving anywhere, we’ve decided to turn our home bar into a miniature Slurm Factory with this recipe that we pulled out of the Slurm Queen’s cloaca.

Build it in a Collins glass over ice and you can give yourself a bunch of cavities and a nasty hangover at the same time. Please don’t write in and tell us this drink is gross. We know it’s gross. That’s the point. It’s the future. Stuff is gross now. Anyway, it’s probably not as gross as the product actually branded as slurm, which may or may not still be available somewhere in the universe.

The one-hour season premiere of Futurama airs on Comedy Central tonight at 10 pm.