LandSpeedRecord! is a cool band. Don’t argue with us. Of course they’re a cool band. Why would we write about them if they weren’t? Do you think we made this blog just to tell you about bands that are not cool? That would be dumb. You know what’s not dumb? LandSpeedRecord!, that’s what. Which is why you should go see them at the Windup Space tonight. 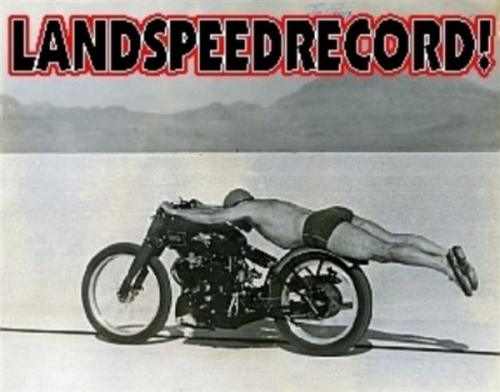 We could take this opportunity to engage in a fun game of “try to describe their sound by naming a slew of other bands who sound vaguely sort-of like them but not really”, but instead we will just make an analogy, which you can copy down and remember for your SAT’s…

Simple enough? The real reason we like LSR! though is because you can dance to them. Not only can you dance, you can also cook dinner to them, or drive down a road or cut your grass or drink or go to the golf ball driving range. This band is so versatile that whatever you happen to be doing, they’ll provide the perfect soundtrack to it.

They’re playing tonight with Free Electric State, who in another time and place were members of Liquor Bike, but now sound nothing like Liquor Bike at all. Apparently between this show, the Puddle/Penny Regime/Pulaski reunion and Maryland Death Fest, it’s actually the summer of ’96 this weekend.

Or maybe it’s the Summer of 1982. It is entirely possible that the best thing about this show is that it’s a block away from Load of Fun Studios, which will easily allow us to be in two places at once since we’re also excited for the Wild Style Reunion this weekend.

This is so cool, we’re not even going to write about it. Just click the link, cancel your beach plans, and go to it.