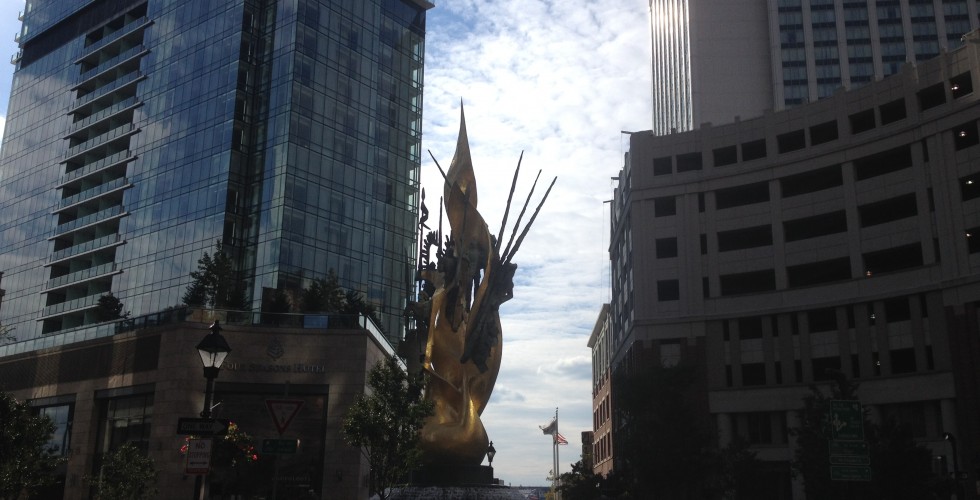 We’ve got some things we want to say about living in Baltimore. In fact, we’ve got quite a lot to say about what it means to live here in 2015. It’s entirely too much to fit into a single post. But a lot of what we have to say involves urban development, and when we say development we want to be very clear about what we mean. Below is a partial list of building projects that are either under construction, being actively planned for or recently completed. We take recently to mean within the last year or two, not say, 2003 or 2008 or 2011, which are all also fairly ‘recent’ in the grand scheme of things. If we listed all those projects the list would be at least twice as long.

Before we get started we’d like to call your attention to a very well-reported story in the Sun recently about apartment development. Specifically, we’d like to note these important statistics:

The average price of apartment rents in Baltimore is $1285/mo.

The median rent for a one bedroom apartment is $985/mo, meaning that half of all one bedrooms are more expensive than $985.

And these paragraphs directly from the article: “More than 5,360 homes in projects with 15 or more units have been completed in Baltimore in the last five years, according to the city’s Planning Department. Another 3,232 are under construction, including 948 that got underway last year. And 2,825 more have been approved, including 1,233 last year.

The Downtown Partnership is tracking about 7,000 homes for sale or rent in Federal Hill, Fells Point and downtown to be completed by 2017. The number outstrips the demand predicted in a 2012 study for the group, which forecast a market for 5,800 units through 2017.”

The list below is limited to what’s come to our personal attention and to projects of fairly large scale. It doesn’t include things like rowhouse renovations by developers or the house-to-apartment conversions which are so numerous and popular in Central Baltimore. It also doesn’t include individual restaurants and other small businesses like Handlebar Cafe, Pen and Quill or Crossbar. A third important omission is massive scale projects that are obvious targets for redevelopment for which no plans currently exist such as the Baltimore Arena, Superblock, and Crown Cork & Seal building. It doesn’t include a multi-acre plan for Old Town Mall which is in its very early stages. It also does not include some institutional expansions at area colleges. But even so the list below represents what is effectively building a brand new city. Please note: This post will update periodically.

Inner Harbor Master Plan. Too much to list here, including redevelopments of Rash Field and demolition of McKeldin Fountain.

The Pinnacle* an 18 story ultra-luxury condo tower at Harbor View along Key Highway.

4701 O’Donnell Street* A BJ’s, a Taco Bell and a gas station in the former Lenmar Building.

Pemco Redevelopment* a multi-acre site that is likely to include massive retail, including a possible grocery store, around 250 apartments and hotel.

Our Lady of Pompeii (Highlandtown) 28 apartments.

Lovegrove St at Lanvale 85-95 apartments plus retail and parking.

Northwood Plaza* Hard to find much info on this but it does appear to be happening.

25th Street Station. Yeah, your guess is as good as ours but Seawall is serious and whatever ends up there is going to be big.

Skyview Towns* Although stalled during the recession, we’ve heard this subdivision of 42 large $300k+ houses for Hoes Heights is still intended to be built.

Cairnes Lane*, Hampden, a ‘major subdivision’ of 29 large townhouses (of the type seen lately in Greektown and near the B&O Museum).

Fox Industries Building Apartments and yet another Makerspace.

Schenuit Tire in Woodberry “Nothing with 18-wheelers”

Gampy’s Apartments and a restaurant.

Apartments in Roland Park Next to Belvedere Towers.

PROJECTS COMPLETED BETWEEN MARCH 2015 AND NOVEMBER 2016

7 W Mulberry St. An unknown number of apartments in a 3 story building.

Hotel Indigo* A $20 Million renovation to the Mount Vernon Hotel which will more than double room rates at what was the city’s most economical place to stay.

Centre Theater. Home to film programs of MICA and JHU as well as other creative agencies.

Motor House. A gentrified version of Load of Fun Studios.

We’re not going to provide links for these but you can easily Search them because they already exist: