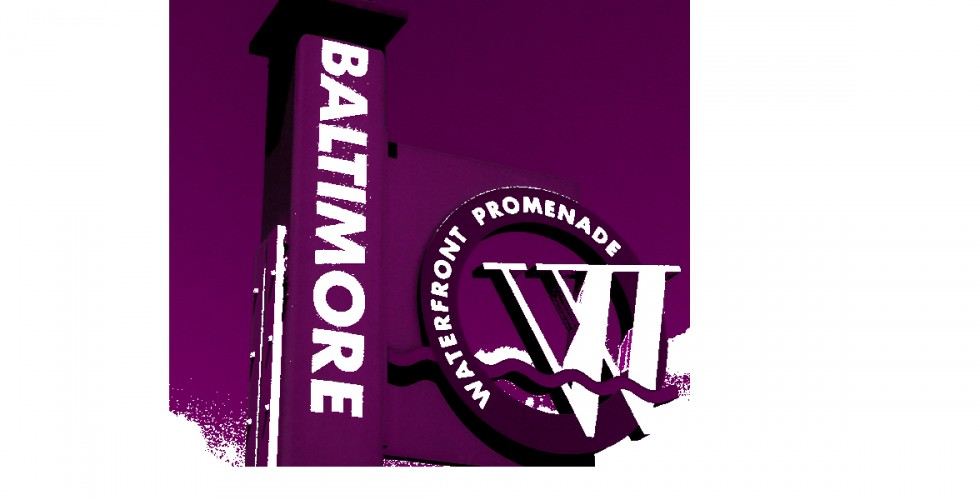 Today we’re going to look at some signs from bad neighborhoods. These are signs that you would never, ever see in nicer desirable high priced neighborhoods. We’re not interested in debating the differences between ‘good’ and ‘bad’ neighborhoods but there are some areas that have characteristics which are universally and objectively bad, and that’s where you’ll find these signs. 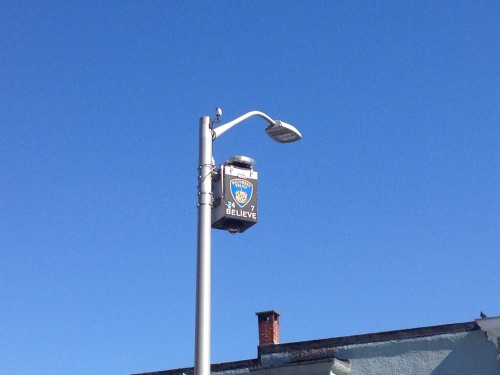 We’ll start with the old Blue Light Special. Cameras are ubiquitous to all neighborhoods and there are many types of signs that announce their presence. With these though there is no doubt you’re in a bad neighborhood. They are a surefire indication of gang activity and they’re practically a declaration of war by the police. Every design cue on this sign is meant to subtly convey a show of strength, but there’s nothing subtle about the flashing blue light (not pictured here in a morning photo) which is meant to both annoy criminals and remind them of the visceral feeling of seeing a squad car on the block.

This sign pasted on a bus shelter requires a lot of knowledge of current events and sociology to understand its implications. Most people who have diabetes get their test strips paid for by their insurer and take them home and use them and that’s the end of it. But diabetes is not an equal opportunity disease. It affects the poor at a much higher rate than the rich, and minorities at higher rates than whites. These signs are entirely predatory in nature and are aimed squarely at inner cities’ poorest and most vulnerable residents. The only people selling diabetic strips are those who are getting them from Medicare or Medicaid, and for whom $5-20 represents a significant amount because they probably have no income at all besides some form of public assistance. For more on the black market for diabetic strips both here in Baltimore and nationwide here is a Google search. 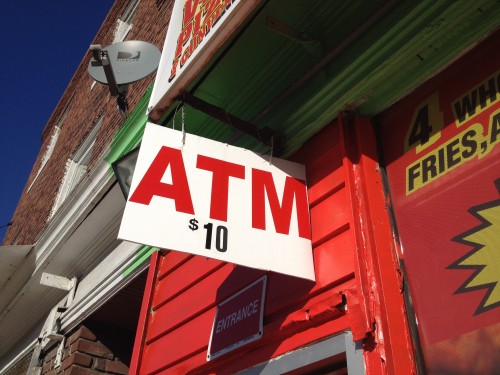 ATM Signs are pretty universal but what sets this one and ones like it apart is the “$10.” sticker affixed to it. This of course means that the machine can dispense $10 bills, but more than that it means that the customers who frequent it have such little money deposited that they will regularly wish to withdraw as little as $10 at a time. This is predatory in nature as well. Once upon a time ATM’s only dispensed twenties. In 2014 it’s not unusual to get $10 bills from any machine anywhere, but a sign like this signifies that this is a machine that is stocked with more small bills than large, because if you can trick someone into withdrawing small amounts more often you can charge them fees more often, and those fees are flat no matter how much is withdrawn.

We’ve altered this sign to hide our reflection in the glass. It’s pretty self explanatory. The store owner fully expects to get held up at gunpoint by a motherfucker in a hoodie or a mask. At that point we doubt they care much about a trespassing charge but whatever, let’s move on.

This building has two signs on it, so we get a twofer with this picture. The white X on a red field is becoming a universal symbol of Baltimore blight. That sign is meant to indicate to firefighters that a building is structurally unsound and they should not attempt to enter it if it catches fire as several did last weekend. But buildings don’t deteriorate very quickly and seeing more than one or two of these concentrated nearby indicates chronic generational disinvestment and poverty in a neighborhood. Not only are these houses empty, they’ve been empty long enough to have fallen apart.

And as you can see, this one is available for auction. Any time a residential property is up for auction it’s a red flag about the neighborhood. Auctions are the bottom of the barrel in the real estate world. It goes; private sale, market sale, short sale, foreclosure, auction. Auctions are cash sales, which means that only sleazy investors can deal in them. (We’ll also look at the sorts of real estate signs that get hung in good neighborhoods.) If you’re noticing a pattern of economic predation on our poorest neighborhoods, it’s not just your imagination.

Speaking of economic predation, here’s the good ole We Buy Houses sign. Nothing good can come of selling a house fast for cash, either for the homeowner, the house or the neighborhood. The people putting these signs up know exactly what sort of houses they want to buy, which is to say those that are just barely habitable or just barely inhabitable, and they put them up near neighborhoods full of those houses. 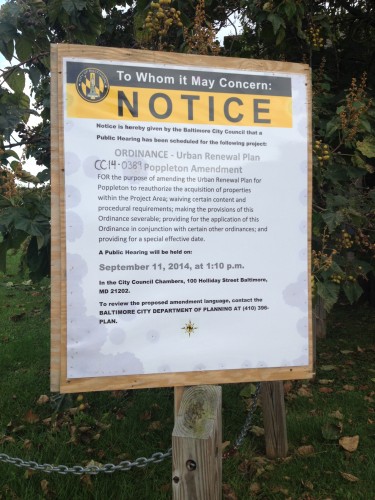 The city posts signs for hearing notices on all types of buildings for a variety of reasons. What sets this one apart and marks its neighborhood as particularly troubled is the topic of the hearing in question. This sign basically says ‘This neighborhood is so fucked we’re going to pull eminent domain and seize a whole bunch of properties all at once here.’ 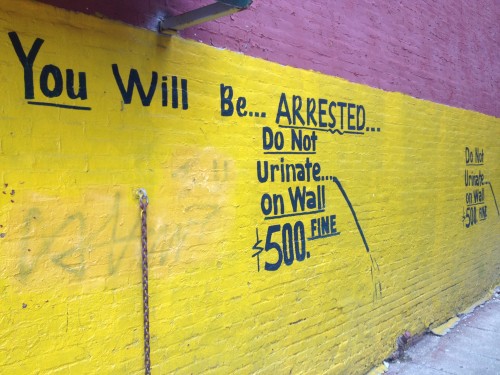 Public urination is a problem that’s not limited to poor and troubled neighborhoods. Some of the city’s most privileged residents (and visitors) are often the pissing perpetrators, and some of the most pissed-on neighborhoods are affluent ones. But the creator of this sign was pissed off, to say the least. Rather than set up a camera and a website to try to shame pissers as one Cantonite has done, this sign’s maker was fed up enough to paint his whole wall yellow. It’s an approach that is much less discreet than you would ever see in a more genteel neighborhood, and the threatening nature of it indicates that so many people have been pissing here for so long that reducing their numbers is much more important than having your property appear halfway respectable.

Finally we have another signmaker driven to the point of desperation with urban decay. Four exclamation points and all caps is a clue that litter and dumping has been a chronic problem in this neighborhood, which in itself signifies problems. As you can see they should have added a few more exclamations because the place is still pretty dirty.