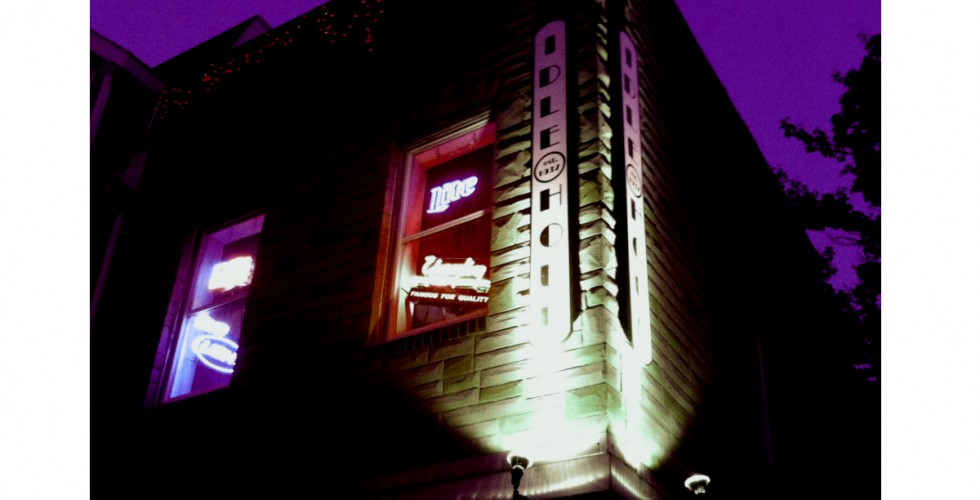 Once upon a time Internet Radio had a Moment.

It was some time around the very end of the 90′s or the beginning of the 2000′s. The entire music industry was in the midst of a giant freakout over Napster and similar services. Commercial radio stations were being bought up all across the country by the likes of ClearChannel and other huge conglomerates, and commercial stations’ downward spiral toward complete irrelevance was quickly accelerating. There was no iTunes Store, no Spotify, no satellite radio and no dominant tastemaking blogs like Pitchfork. Streaming technology was a digital Wild West and the first Internet radio stations were lonely cowboys riding to the top of the ridge, trying to see a way forward.

For a very brief time Internet radio was the coolest and most revolutionary thing since the invention of MTV, and the people pulling the strings approached it the same way producers at MTV approached programming and hiring VJ’s: scour the country for some of the coolest people who ever dropped a needle on a record and offer them their dream job. For a moment the click of a mouse could take you instantly into a Seattle coffeehouse, a Tennessee Honky Tonk, a South Bronx street corner, or the Red Rocks Amphitheater to hear the best of the best played by the people most in the Know.

Today we’re firmly enmeshed in the Age of the Algorithm. Now everyone with an Internet connection is their own DJ, whether actively making up their own playlists or passively adjusting “stations” to their tastes by tweaking an algorithm one data point at a time. All of the major Internet companies have their own streaming services, and they all force you to choose between paying a monthly fee or listening to inane commercials while sacrificing some functionality. Also: They’re thinly veiled attempts to get you to click the link and buy the music you’re hearing at any given moment. As great as algorithms can be, they leave a lot to be desired, and they’ve landed “traditional” Internet radio right at the top of the pop culture endangered species list.

And that’s fine for most people. The vast unwashed masses possessed of plebeian musical taste should be perfectly happy with the state of streaming music. For the rest of us, we few, we happy few, we band of brothers, Saint Crispin’s Day has arrived. LITTLE RECORDS RADIO is now online. 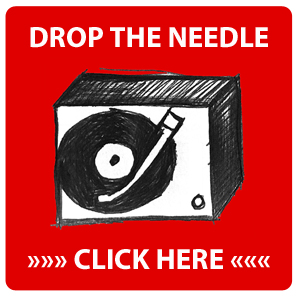 For those of us Gen X’ers who often wish we could flash back to the Glory Days of WHFS, Doug Hoepker is our Henry V. He’s the man behind Baltimore’s recently launched Little Records, and the grown up version of that one cool friend you had in middle school who would pass along mix tapes of all your new favorites. Doug was the only one with the patience to sit in a bookstore reading music magazines cover to cover- and to answer the ads in the back and find things no one else would hear about until they got to college, if ever. He’s the guy who went to college for the sole purpose of becoming a college radio DJ. The problem of what a kid like that is meant to do after collecting several thousand LP’s and encountering middle age in the Internet era is what drove Doug to start his own streaming station in June of this year. As he explained to the Chop in his own words:

“What I’m trying to do is preserve not only the music of the classic college radio format, but also the aesthetic of it: a radio station that plays a really diverse selection of artists that generally fall outside the scope of the mainstream. My goal is to also provide passionate music fans with a “hands-free” listening experience that is far better than the streaming services that are quite popular nowadays.

We’ve all had those moments when you tell Pandora you want to listen to The Replacements and three songs later a 10,000 Maniacs song comes on, and you’re left scratching your head. I may start you off with The Replacements and, within a handful of songs, land you somewhere far off, but the transitions from A to B will make sense and I can assure you that where you end up will not suck. I’m pretty good at thinking about the musical landscape of this era [1977-1994] as a patchwork quilt and doing some damn fine sewing to make sure the pieces connect.”

What does this mean for you? If you like alternative rock it means you just made a new best friend, and he’s gonna play you songs he’s personally hand-picked from his 10,000 song library 24 hours a day for free. That’s over 1,000 artists, and a glance at Little Records’ Bands We Spin page is an encyclopaedic look at all of the key players in the last generation of rock and roll, both important and apocryphal.

We’ve been listening daily for a few weeks now and we could go on and on forever about all the favorites we’ve heard and all the hidden gems we’ve discovered or re-discovered, but if you want to hear more about the station why not get it straight from the source? Doug Hoepker will be spinning vinyl at Federal Hill’s Idle Hour tomorrow night from 9-close along with David Koslowski (of local favorites Small Apartments). For those of you afraid to venture past Key Highway for any reason, fear not: Idle Hour remains an outpost of Hip in the Land of the Football Jerseys and Yoga Pants. Tomorrow night’s DJ set is more listening party than dance party, and as such is bound to have that hanging-out-in-your-friend’s-basement feeling that was so crucial to discovering cool new music circa 1989.