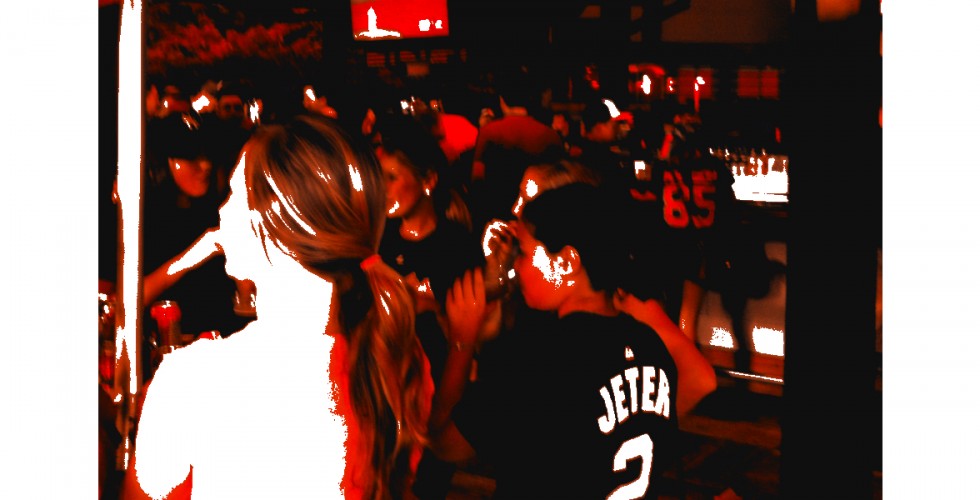 You Guys! There’s a slightly-past-peak way to insult people on the Internet and Vox is ON IT! Ezra Klein’s very Basic new website is here to blogsplain Basicity in a way that even your grandma will understand when she sees it on your Facebook wall.

So what better time than now to highlight the one place in the whole city of Baltimore where the Basic Bitch (and her male counterpart the Basic Bro) run wild and free by the thousands. We don’t mean Power Plant Live. We’re not referring to Federal Hill. We’re talking, of course, about Oriole Park. As the ball club’s gotten better over the last few years the profusion of Basic Bitches at Oriole Park is at an all-time high. Not that we’re complaining, mind you. Who wants to watch a game with nothing but old dudes and kids in the stands?

But now that Basicity is top-of-mind on the World Wide Web it might be a good time to examine yourself and your behavior at the stadium and see if you are, in fact, an Oriole Park Basic Bitch. Below are ten markers of Basic behavior at the Yard. If you catch yourself doing more than one or two of these at a game you are definitely a Basic Bitch.

1… You go to Pickles’ Pub, Sliders, etc before the game. A friend who works at one of the bars in that strip said recently that 81 times a year it’s full of people who think they’re doing “Preakness Lite.” That should tell you everything you need to know. You can see that it’s a throbbing mess of humanity and cheap beer from outside the gates and yet you still want to cram inside? You Basic.

2… You take selfies during the game. Usually in the aisle during play and usually while we’re trying to note the finer points of the game. We get that you only attend like one or two games a year and it’s a special occasion for you but knock that shit off and act like you’ve seen an MLB game before. You Basic.

3… You’re wearing VS Pink branded merchandise. Again, not complaining because the Chop likes boobies and midriffs as much as the next sports fan and at least it’s not that Kelly green faux-Irish garbage but shelling out $55 for a T shirt in the mall means you definitely basic. Try wearing street clothes in orange or black or maybe just a cap instead.

4… You’re in on a Student Night ticket. Damn near every college student everywhere is Basic. College is that magical time when you get treated like an adult but you actually aren’t one. All the shit that you think is cool and important really isn’t, it’s just Basic, like you.

5… You yell and cheer and otherwise display Team Spirit. You know how all those people always say that baseball is boring? Well they kind of have a point. We watch about 300 baseball games a year so we ought to know: it’s rare that you need to be actually excited about something. Basic Bitches do the Wave. We’ve never met a real fan who actually likes the wave. You Basic.

6… You talk about the Ravens or in any other way compare baseball to football. If you just want to play dress up and chant 7 Nation Army and suck down Miller Lite you can do it at the Greene Turtle. You Basic.

7… You eat ball park food for dinner. A hot dog might be okay if you came straight from work but if your whole party is eating chicken tenders and those awful crab dip waffle fries as dinner what the hell? There’s this popular idea that ball park food is part of the whole ‘experience’ and it just ain’t so. The food at Oriole Park is mostly bad. If you want the ‘experience’ buy a sack of peanuts on the street outside the stadium. You Basic.

8… You showed up late. it’s not a strict rule that you need to be in your seat by the time they sing the Anthem, but if you’re showing up in the third inning you are almost certainly Basic. What’s that? You had to drive around looking for the cheapest and closest parking garage? Our point exactly. You basic.

9… You’re on your phone after the second inning. Put the damn thing away for once in your life. There’s no fear of missing out because Oriole Park at twilight in the Summer is already the best place on Earth and you’re there. Plus there’s no cell service in that damn stadium. You Basic.

10… You think it’s okay to litter, piss in public, yell and scream, etc as soon as you’re two blocks from the park. If you came from Timonium or Severna Park or Harford County or any place like that then don’t do shit in our city that you wouldn’t do in your own fucking neighborhood. Admittedly Basic Bros are the main offenders here but Jesus, the disrespect that some people show toward our city is infuriating, especially when they then return to the suburbs and look down their nose at the city for being dirty and dangerous. You Basic.