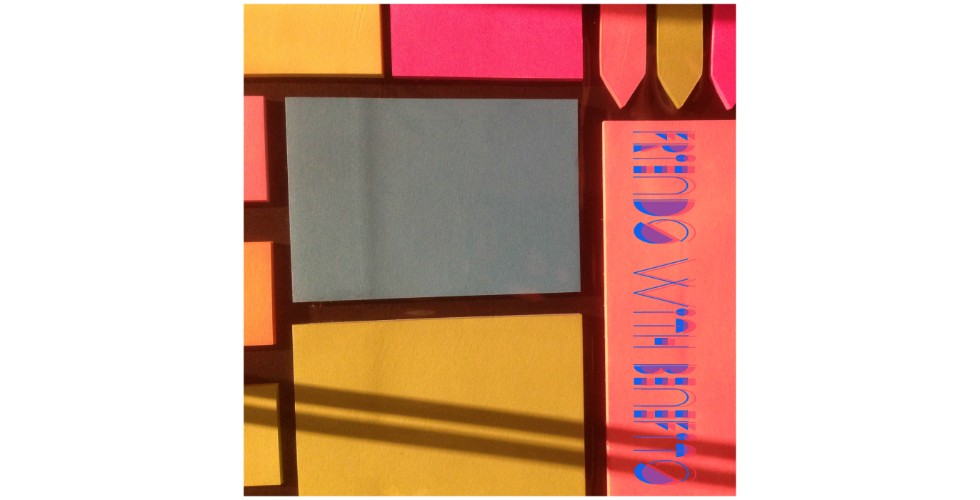 When people think of Baltimore Music these days there are a few big names that jump immediately to mind. Dan Deacon, Beach House, Animal Collective, and increasingly Future Islands and Lower Dens. But when the Chop talks to outsiders in conversation about music we usually say that we like to see a lot of shows, and the next question is always “Who have you seen lately?” and a funny thing happens; these names usually don’t come up. Instead, the first thing that comes to our mind is the bands who are out there playing a couple times a month, every month: Us and Us Only, Modern Girls, Infinite Honey and others.

At times like this- when people are looking forward to new music for Spring or back to the year’s best in the Fall, it’s not uncommon that the ambitious freelance journalists and high-toned digital media editors of the world will publish their scene reports and Spotify playlists which are all well and good but often miss the point and contribute negatively to the noise-to-signal ratio in music media.

This is not that.

For all the talent in our city it’s surprisingly rare that someone takes the initiative to put out all-local compilation releases. This city has the talent to do a few a year but comps only appear every few years. In 2014 it’s Sam Morgan of local synth-pop act Vacant Windows who’s pulled it all together. His new compilation Friends With Benefits will be released this weekend and the lineup reads like a box score of what’s actually going on in Baltimore’s clubs and DIY spaces at the moment.

Originally envisioned as a modest mix-tape, Charm City’s underground community was so eager to contribute that the slate of bands included on Friends With Benefits quickly swelled to over twenty and outgrew the tape format. When it sees the light of day this week FWB will be a digital release including seven exclusive tracks, with all proceeds benefiting Habitat for Humanity of the Chesapeake. Says Morgan of Habitat: “In the end, Habitat for Humanity was an obvious choice. I’m always wary about donating money to a charity when I can’t see where my money is actually going and who exactly is benefiting. I like Habitat because there is a definite, tangible outcome to their cause. I’ve known people who’ve lived in Habitat houses, and I’ve even donated some of my personal time to help build a house with them. There’s no questioning the good that they do for the community.”

When you buy your copy, your donation dollar will go a little further than normal thanks to the generosity of Mobtown Studios’ Mat Leffler-Schulman who donated mixing and mastering services to the project gratis. This allowed for a limited run of T-shirts to accompany the release, the proceeds of which will also benefit Habitat.

But that’s not all! On Saturday The Windup Space will play host to a release party for the compilation featuring five of it’s best contributing artists; Us and Us Only, Vacant Windows, Modern Girls, Raindeer and Other Colors. You really should buy the download and get the full scope of what’s doing in Baltimore right now, but if you want to benefit a great cause like Habitat all you’ve got to do is show up.