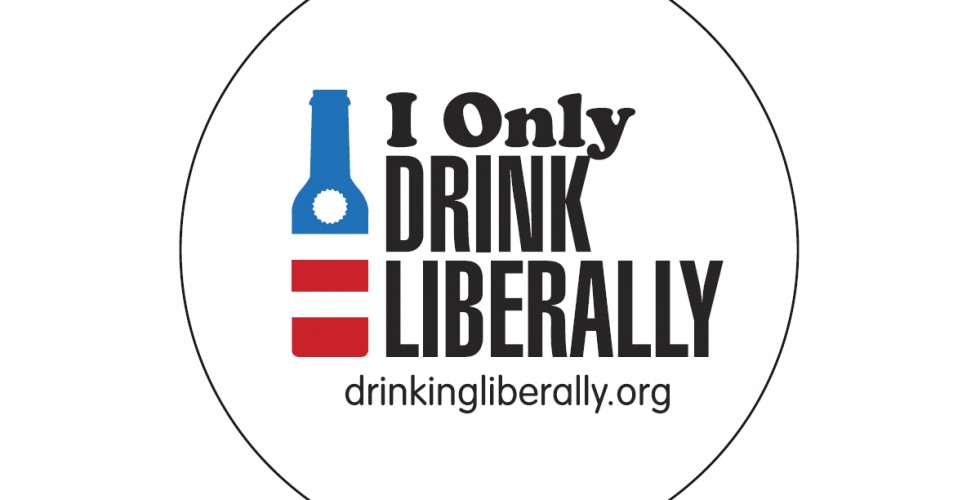 Hi Baltimore. We’re back from the sea, which means it’s time for the Chop to get all caught up on news and current eventsy type things. Living on a ship, even one with a (painfully slow) Internet connection can sometimes feel like living under a rock, with many stories escaping our notice entirely.

And what better way to get caught up on the news than to discuss it over beers with the friendly and like minded folks at Baltimore’s Drinking Liberally? DL’s Regular bi-monthly meeting is tonight (every 2nd and 4th Wednesday of the month at 8 pm) at Dougherty’s pub in Mount Vernon. Admission is free. Meetings are highly informal and open to Liberals and Progressives of all sorts.

But even in a city like Baltimore where Republicans fear to tread it’s a fact that not all Liberals agree on all things. And today at the Chop we fear we’re holding a few opinions which may prove unpopular among the general readership, but we’re going to go ahead and get them off our chest anyway.

Today marks the release of the first issue of City Paper since it was announced last week that it had been bought by the Sun for an undisclosed sum. We’re right there with everyone in lamenting consolidation and fearing for the editorial independence of the new CP. What the Sun is doing to the staff is despicable and we hope that once they move to Calvert Street what’s left of the CP staff will have the chance to vote in the Union. But we’re going to say now what no one has said publicly all week: City Paper isn’t that great to begin with. Let’s face it… the quality on Park Ave has been slipping for quite a few years now. The paper has gotten thin. The website is full of clickbait photo galleries barely distinguishable from Buzzfeed. The Baltimore Weekly section is not as vibrant and crucial as it used to be. We could go on but our intention here isn’t to shit-talk what is still an overall good paper. Only, let’s not pretend it’s the circa 2001 version of CP that the Sun just swallowed whole.

For an idea of the quality CP was putting out on the regular 10-15 years ago one need look no further than Edward Ericson Jr’s recent takedown of House of Cards.

Netflix announced recently that it expects millions in tax incentives from Maryland taxpayers in exchange for gracing our state with its presence. If it doesn’t receive the ransom, Netflix isn’t shy about auctioning itself off to the highest bidder and moving to whatever state will pour the most money into its lap. If we were Governor O’Malley we’d put our answer in cinematic terms so maybe they could understand it better:

The CP blog post is quite long and does a great job of explaining the fallacy of the productions-as-job-creators and job-creators-as-demigods myth and shows how productions don’t create jobs but instead spark business locally. It’s a shell game with a few small time winners and a lot of tax-paying losers. Personally, we say Netflix can pay up or go screw.

And while we’re at it we’re going to add this: House of Cards isn’t really that good. Sure, we watch it and enjoy it and all, but it rarely has us wanting to watch back to back episodes. It’s a solid 3 stars out of five, no more in our book.

As long as we’re ranting about the movies and TV and the Internet here’s another unpopular opinion: we’re not at all upset about Harold Ramis dying this week. We’d dare say no one else is either, despite all the virtual lamentations of social media. The truth is Ramis hasn’t done much in the way of movie making for a long time now. Check his IMDB page. All he’s done in the last decade is Year One which barely qualifies as mediocre. We saw it in the theater and fell asleep in the middle. Personally, we’re glad that any notion of a Ghostbusters 3 has died with him. It would have been terrible. And it’s not like he died young or anything. Despite rising life expectancies 69 is still as old as it’s ever been.

Was he a brilliant comic mind with a place in the all time pantheon? Absolutely. An eternal A-lister in our book. Just remember, when the iTunes store or whatever puts the Ghostbusters movies on sale it’s not about memorializing, it’s about making a buck.

Finally in the list of stuff that’s not that great and can take a fucking walk: Pussy Riot. Yeah, if we have to take sides we’d rather be on the Pussy Riot side than the Putin Side, but it’s kind of a shitty choice. First of all we’re pretty sure they’re not a band in any real sense of the word. The little bit of what we’ve heard online is pretty terrible music. They seem more like some kind of professional protesting troupe.

What the hell was that showing up in Sochi getting horsewhipped nonsense? If you want to stay out of jail, and presumably you do, then cut that shit out. The games are about the athletes, not your shitty political performance art. But more than anything their form of protesting doesn’t seem to advocate for anything more than their own right to make a spectacle with terrible music.