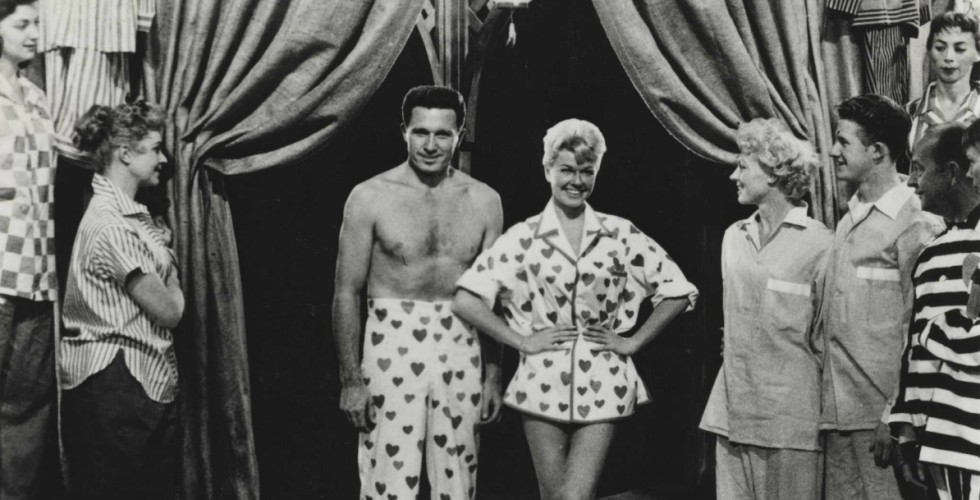 One of the memes that’s been making its way around the Internet recently is the idea of ‘day pajamas.’ The joke behind it is that someone has, much like Garfield the cat, had a very hard day of lazing around the house and is at some point so exhausted that it is time to switch from ‘day pajamas’ to ‘night pajamas’ to become even more relaxed before bed.

It is said that there is some truth behind every jest, and here at the Baltimore Chop we, in all seriousness, fully endorse and approve the concept of Day Pajamas. We’re wearing them right now, as a matter of fact. They are, after all, the uniform of most home bloggers.

What differentiates day pajamas from night pajamas? Glad you asked. Day pajamas are a little nicer, a bit more presentable. You wouldn’t want to wear them out, but you might go as far as the mailbox or the back porch in them, or answer the door if someone’s knocking. Think of day pajamas as the v-neck undershirt that fits well, not the stained, threadbare and oversized shirt you’ve had since college and actually wear to bed. Or it could be that day pajamas aren’t pajamas at all. Perhaps they’re gym clothes and yoga pants. If you’re going to be lazy it helps to at least look sporty.

But why bother? You’re just sitting around the house anyway! This may be true if you’re alone, but if you can convince someone else to sleep over and spend all or part of the next day sitting around the house with you it helps to have something a little more presentable to reach for than a faded Melvin Mora giveaway shirt. Even for married couples it’s important to default to something half a step above a Cathy cartoon to keep things interesting.

Christmas is perhaps the most important day of the year for day pajamas. Those family photos will live forever, and if you’re caught under the tree in a ratty bathrobe and boxers with a hole in them you’ll find that look coming back to haunt you like the Ghost of Christmas past. From now until New Year’s most of us are just going to be sitting around the house anyway so it’s a perfect time to take stock of the pajama drawer and pick up an item or two at an after-Christmas sale if need be.