We posted back in August about Oblivians being forced to postpone their Baltimore tour date due to a death in the family. It was a bummer, but the thing about delayed gratification is that eventually, you get gratification. And now six weeks later here we are.

If you had tickets for the August show, they’ll be honored tonight. If you didn’t, you can still get them for $15 at Missiontix or whatever they are at the door. As it happens, the bill hasn’t changed at all and still features the Shirks along with Adults, Sick Thoughts and DJ Windian Records. 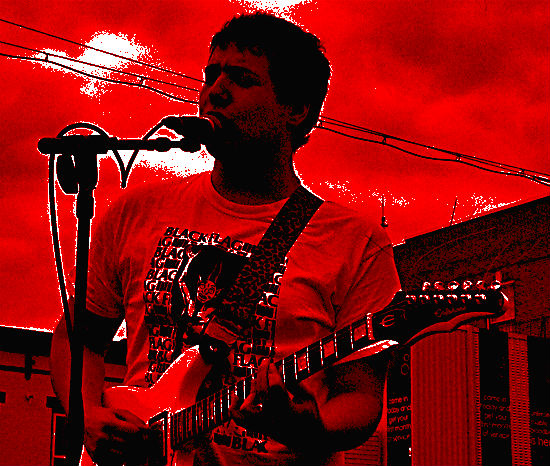 A funny thing about the locals on this show: they also shared the same stage at Hampdenfest and might possibly represent the largest spread age-wise of local bands playing together in Baltimore history.

Local music isn’t quite like baseball. In baseball records are kept on everything you can possibly imagine and even some things you can’t imagine. Even the unknown-unknowns can be divined with a little math. Interestingly, if we remember our trivia correctly the largest spread between major league baseball teammates also occurred in Baltimore last year when Jim Thome and Manny Machado played on the same Orioles club at nearly 22 full years apart. It’s a fact that Thome made his major league debut the year before Machado was born.

These bands’ exact dates of birth aren’t as easily Googleable as ballplayers, but the Fuses formed in 1997, which makes Adults’ musical careers almost as old, if not older than Sick Thoughts’ Drew himself.

But what’s the point of all this? We don’t know. Punk’s Not Dead or whatever. It’s just kind of neat that two bands could be so far apart and both be playing interesting and exciting forms of punk that sound great together and be seen as peers. Something to chew on while you’re checking them out at the bar tonight.