For most people there are four seasons in the year. For the chronically single among us, especially those of us over 30, there are only two seasons: Dating Season and Couples’ Season.

Today, the day after Halloween, is the official beginning of Couples’ Season. It’s the time of year when all of your involved friends turn their attention more to Netflix nights on the couch than having drinks with friends. For the next several months, couples are more than boyfriends and girlfriends; they’re dedicated dyads attending each others’ family Thanksgivings and office parties. People don’t break up in the dead of winter. They’re much more likely to have a baby or announce a corny holiday engagement. 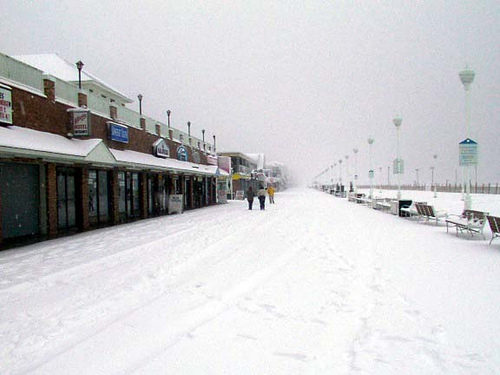 No one wants to take a long, romantic walk on the beach when it's covered in snow.

For single people, this is the time of year when skirts get longer and days get shorter. Dating itself gets harder. Sidewalk cafes, trips to the ballpark, a cook-out at a friend’s place… none of these are options in the Winter. People in general go out less, which leads to less meeting new people, which means less going out in turn. All the hours you log on Amazon.com with holiday shopping are hours you’re not on OKCupid. Even if you do happen to find someone to go out with, the holidays are great for interfering with the normal course of a relationship forming. It’s seldom a good idea to have your second or third date on Thanksgiving.

Even after the month-long fiasco that is Christmas and all the shit that single people have to deal with in connection with New Year’s Eve, Valentine’s Day is right around the corner. And nothing takes the piss out of single people like Valentine’s Day. We hate it even more than couples do.

The Chop’s advice for our fellow singles out there? Make a date with the gym. Spend some quality time with the entries on the NYT bestsellers list. Start your New Year’s resolutions a month or two early. Book a super cheap flight for Christmas day to somewhere you’ve never been and a super cheap return fare a week later.