It is one of the great injustices in the music world that shitty bar bands who cover top 40 songs are usually some of the best paid bands out there.

We don’t mean to say that getting up and playing Margaritaville and Rehab is ultra-lucrative and you can quit your day job doing it, but on balance bands that play a club’s College Night or at Baby Boomer bars get guarantees in the hundreds of dollars, and all the beer they can drink. They may be the laughingstock of the rest of the music world, but they’re laughing all the way to the bank while more creative bands are getting $30 and a plate of spaghetti and spending the night in a ’94 Econoline van. 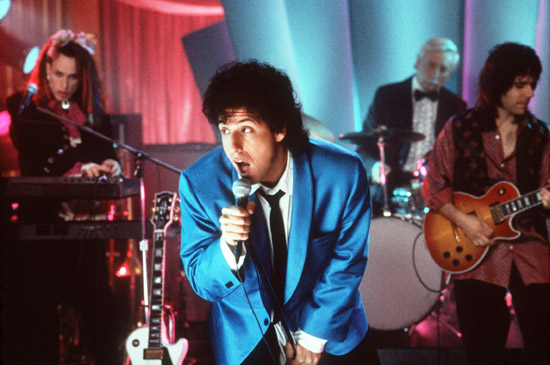 People look down on lounge acts and cover bands, but at least they take home some money.

Most bands, and even most bands in the Local Music Genre value creativity above anything else, and would rather hang up their guitars for good than stand up somewhere and play It’s Raining Men at the special request of some skanky drunken bachelorette party.

Still though, playing covers can be fun. If you do it sparingly and pick the right song, it’s fun not only for the audience, but for the band as well. Nothing says ‘We’ve got our Post-Punk bona fides in order’ like a nice rendition of Where Eagles Dare or Rise Above.

And so somehow, some time, the Halloween Covers Show became a punk rock scene tradition. Bands dress up their sets as other bands, get it? People come in costume and drink beer and celebrate an adult holiday by listening to versions of the songs they discovered and loved as kids.

You can’t drink beer at the Charm City Art Space, tomorrow, but you can wear a costume and hear Fugazi performed by Dead Mechanical, Faith/Void played by members of Sacred Love and Mindset, Hole done by members of True Head/Big Mouth, Stone Temple Pilots attempted by Pleasant Living, AFI performed by Atlas At Last, Fall Out Boy by Highest Honor, and Blink 182 played by Hero of the Hour.

That’s a lot of covers for one show right? Just goes to prove our point: Bands wanted to jump on this bill because it’s fun. If we were in a band we’d probably waste whole practices just playing Fugazi songs for the hell of it. You don’t get away with doing it in public very often, but that’s the beauty of Halloween.