Meetings will resume in two weeks though. They start at 7pm and run until we’ve solved all the world’s problems, so come on out and have a pint. Just look for the red white and blue bottle on the table.

DL day also means it’s political roundup day here on the blog, and instead of doing our usual profanity filled rant about something or other, we’ve decided today to do an actual roundup that people may even find mildly interesting and helpful. Today we’re rounding up ballot questions. 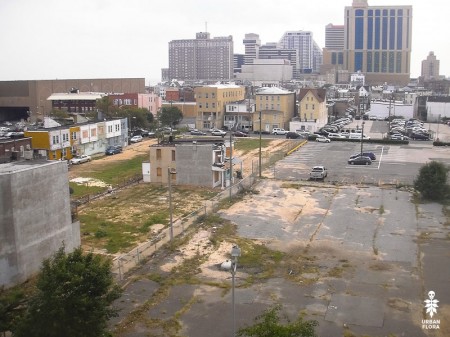 Atlantic City has table games and look how well it's working out for them. (image: Urban Flora)

Many voters often make the mistake of not reviewing the sample ballot, and are surprised on election day to find several pages worth of ballot questions that they need to vote for or against. So they stand around reading giant chunks of legalese and take forever thinking about them and the line never moves and everyone becomes grouchy and annoyed.

Don’t be that guy. You can review the sample ballot for Baltimore City here (pdf). You can find other counties’ sample ballots on the Board of Elections website. Or if you want it nice and simple you can take our word for it. Here’s what’s on the City ballot, and what we think about it. (Questions 3-7 are on the ballot statewide.)

Question 3- Suspension and Removal of Elected Officials
We’ll be voting For.

Question makes it possible to remove officeholders at the time they plead or are found guilty of crimes. It makes it quicker and easier to get rid of reprehensible scum like Delegate Don Dwyer.

Expands who is eligible for in-state tuition rates at public colleges explicitly including undocumented immigrants who are actual Maryland residents. Also extends the time veterans are eligible for in-state tuition. Tuition rates can be the difference between someone attending college or not, or finishing or not, and this expansion of access is a question of basic fairness.

Establishes congressional districts that align with the 2010 census. It’s just a technicality.

Do you want gay marriage to be legal? Of course you do, unless you’re some kind of bigot. The chance to be the first state to approve a gay marriage referendum is incredibly historic and important. We’d encourage our readers to get involved with Equality Maryland and do what you can to help.

We were told that it would be just slots, and that it would be just a certain number of slots in horse tracks and out-of-the-way locations. We were told that we’d all be making money hand over fist and it would balance the budget and fix the schools and yadda yadda. Now we’ve got a shitty casino at Arundel Mills, and another shitty casino slated to be built downtown a mere 10 miles away. They also want more slots per casino, and table games. We call bullshit. The assumptions about how much money this will earn for the state are based on wishes and dreams, and the promise to spend table game revenue on schools is flimsy and is bad fiscal management. The slots people won’t stop asking for more and more until Baltimore is as run-down and gamblefucked as a third rate Indian reservation. Enough is enough.

Question A- School Loan
We’ll be voting For.

Would allow the city to borrow $34 Million to construct and improve school facilities. The schools need improvement. Let’s do it.

Question B- Recreation and Parks Environmental Improvement Loan
We’ll be voting For.

Would allow the city to borrow $8 Million to maintain rec and parks facilities. Should be a no-brainer. Do you want to have nice parks with the grass mowed and the trashcans emptied regularly, or shitty parks where weeds and rats abound and dirtbikes run rampant and you might get stabbed? Nice parks cost money, okay?

Would allow the city to borrow $24 Million for community development programs. Even though we don’t really trust the mayor and city council to spend that kind of money very well, we say give it to them anyway. The Chop lives in Mary Pat Clarke’s district and at least she’s good at that kind of thing. Thanks Hon.

Would allow the city to borrow $15.8 Million for economic development. This is just going to be more tax breaks for rich companies downtown. More fucking hotels and convention center and Harbor East bullshit. If these companies want to come to Baltimore let them come, and let them pay their own way for once. We don’t need to go into debt for another crummy Bubba Gump’s.

Would allow the city to borrow $17 Million to maintain public buildings including library buildings. This is pretty routine spending type stuff. Nothing very controversial.

Would allow the city to borrow $300k to put towards the Walters’ facilities. That’s a pittance and a bargain and the Walters is a civic treasure. Of course we’re for it.

Would allow the city to borrow $200k to put toward the Science Center. Maybe they can use it to buy some new exhibits. The place hasn’t really changed much since we were a wee little Chop.

Question I- Baltimore Museum of Art Loan
We’ll be voting For.

Would allow the city to borrow $500k to put toward the BMA. We love the BMA and go there often. Another civic treasure. Give them a blank check for all we care.

Are you shitting us? We’ve already got erroneous water bills for hundreds of dollars and are looking at giant increases in water rates every year for the next decade and you want to create a “financially self-sustaining stormwater utility?” Fuck off. This is going to cost us even more and we can’t afford it.

This is one of the more important city questions on the ballot. It would line up the city’s election cycle with the presidential cycle. It means living with our haughty, incompetent mayor for a while longer, but it also means that she’s not going to be on the ballot by herself and have no one care and win with 20% turnout. Again. Let’s do it.

Question L- Minority Party Representation on Boards and Commissions
We’ll be voting For.

The mayor and city council love appointing boards and commissions rather than actually doing anything productive or making decisions on their own. This question would enable independents, unaffiliated, and 3rd party voters to count as minority party members, not just Republicans. This is a great move and will likely improve the quality of the boards and commissions appointed.

As it is now, city agencies aren’t required to be audited. They piss away millions and millions every year and literally have no idea where it goes. This would require audits for certain agencies. Another no-brainer and a good first step towards not being completely broke all the time.