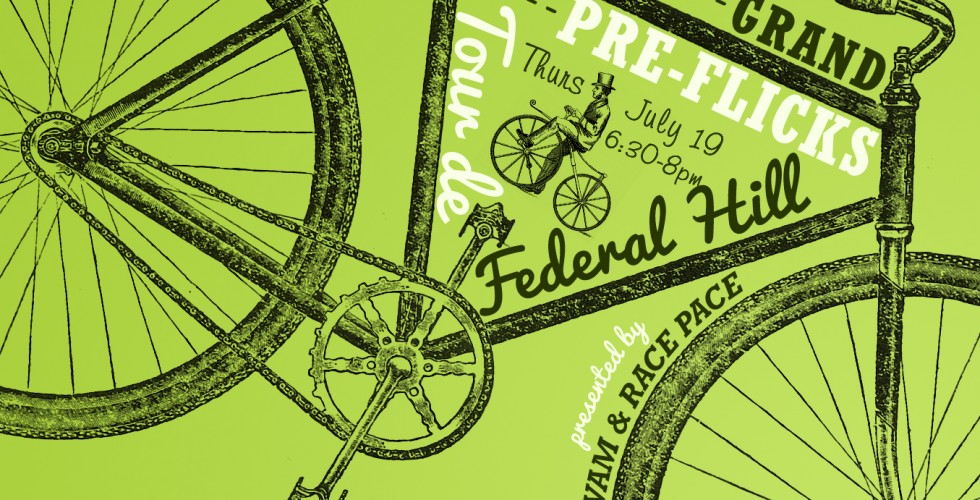 We don’t usually like to write about the same exact things week in and week out here at the Baltimore Chop. We like to mix it up a little, keep it fresh. But as we mentioned yesterday, bloggers is broke these days, so things like free movies are exceptionally good entertainment on our budget of zero dollars.

Flicks From the Hill opened last week with Spaceballs. Tonight, the series continues with 1979 Oscar winner Breaking Away. According to IMDB:

“Although he has no job and doesn’t know what to do with his life, [Dave] is a champion bicycle racer. He idolizes the Italian cycling team so much he pretends to be Italian, much to the chagrin of his parents, who just don’t understand their son. Dave crosses the unofficial line when he meets and wants to date a [Indiana University] co-ed named Katherine Bennett who, intrigued by Dave, in turn is already dating Rod, one of the big men on campus. Dave passes himself off to her as an Italian exchange student named Enrico Gismondi… Dave’s main immediate focus is that the Italian cycling team have announced that they will be in Indianapolis for an upcoming race, which he intends to enter to be able to race his idols… After an incident at the race, Dave… has to reexamine his life, what he really wants to get out of it and how best to start achieving it.”

Clearly a selection like this is going to be popular not only with people who like free movies, but with Baltimore’s growing cyclist population as well. In fact, there are two separate organized bike rides taking place before the screening.

The folks from Race Pace Bicycles are sponsoring a “Tour de Federal Hill” beginning at 6:30 and leaving from their shop at 1410 Key Highway. Making its way around South Baltimore, the leisurely ride will end at the Visionary around 8 pm, giving participants plenty of time to check out the museum (also for free) or stake out a spot on the hill.

For those who can’t make it that early, or who are commuting by bike from North Baltimore, local bicycle advocacy organization Bikemore along with the organizers of Baltimore Bike Party will be meeting up at the Washington Monument at 8 pm and riding down to the Visionary Museum as a group.

Bikemore will also be providing a bicycle valet service (fancy schmancy) so that you don’t have to fight for space on the racks and lock your bike up to the same signpost as a dozen other cyclists. This is free too, but they are accepting donations. Since everything else tonight is totally free, you ought to have a few bucks handy to pass their way.