It’s been an eventful morning here at the Chophouse. As you already know if you’vebeen following along, we’ve spent the last two months or so designing a new living room from the ground up. We’ve been putting it all together piece by piece, and this morning we finally added our pièce de résistance… our new sofa from Pad.

First: a reminder of what we started with. Here’s our before picture… 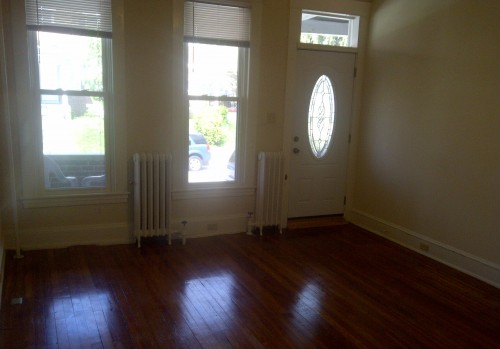 And now, the after… 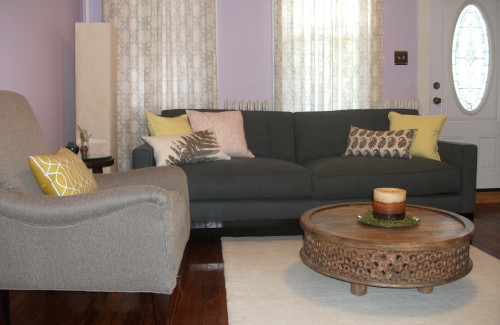 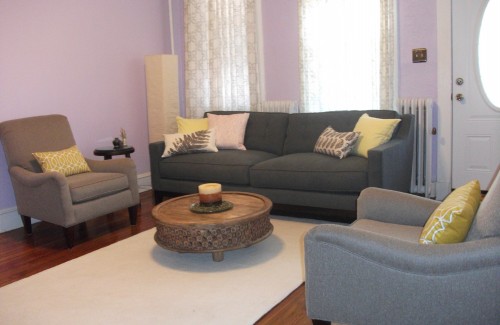 You see, we also ordered a Charlton ottoman to go with our Charlton sofa. And they brought us our ottoman. And when they unwrapped it and set it on the floor it was huge. Not just big, but tremendous. Believe us when we tell you, it was large.

Our ottoman was the same size as one of the sofa cushions, which is to say that it was fully half the size of the couch. It was bigger than the television and more than half the size of the rug. Any way you look at it, it was entirely too large for our modest rowhouse.

And it was our fault. We didn’t measure precisely. We didn’t lay everything out adequately. We glossed over the measurements on the tear sheet Pad provided us. We screwed up, plain and simple.

But Su Casa saved the day. As we mentioned before, even though this is a semi-custom upholstered piece they allow returns on the spot… no questions asked. As much as we hated to do it, we had to ask them to carry the ottoman back out to the truck. And it was no problem at all. Within an hour Su Casa had called us back to confirm our credit card info and process our refund, and just like that it was as if our huge screw up never even happened.

That saves us two huge problems. As huge as the ottoman itself, actually. It not only keeps us from paying for something we can’t really use, but also from having a gigantic ottoman that we’d have to figure out what to do with. We’ve got to take our hat of to Su Casa, and we really can’t thank them enough. 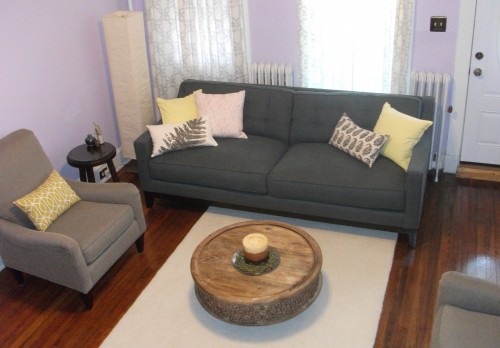 Most of the morning has been taken up with adjusting and arranging furniture, and surely there’s going to be plenty of rearranging in the weeks to come, but for now it’s finally time to put our feet up on our brand new sofa.

This post is part of our entry in the Test it, Blog it, Win it contest. You can read the rest of the posts in this series and track the room’s full progress here.