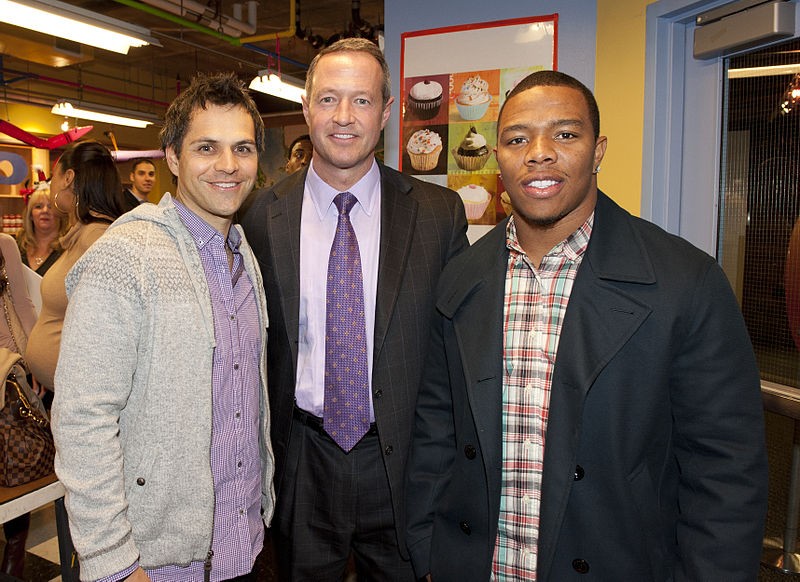 Image courtesy of the Baltimore Sun.

Just in case you haven’t been following the Orioles closely this season, Brian Roberts has so far spent the entirety of it sitting in the dugout next to Buck Showalter, wearing his dumb beanie hat and chewing his stupid bubble gum and playing old hoss. Roberts finally reported for a rehab assignment to the Bowie Baysox on Wednesday, meaning that at the end of 20 days he’ll be forced to return to the Orioles unless he re-injures himself (which is a distinct possibility).

Earlier this week one of our favorite Orioles bloggers Neal Shaffer asked a question on MASNsports.com that no one else has had the temerity to state publicly, namely Do You Want Brian Roberts Back? Our answer in no. A resounding no. Hell no. We do not want Brian Roberts back.

As Neal rightly points out in a separate post, Brian Roberts was one of the Top Five Orioles of the Losing Era. He’s been a great Oriole for a long time, and while he’s still a great Oriole and always will be, it’s our feeling that he’s no longer a great player. He’s probably not even a good player at this point.

Roberts has been suffering concussion symptoms, and hasn’t made a major league appearance in more than a year now. Even before that, he’s had a racked-up back and made limited appearances in 2010. Anyone else in his position likely would have been a distant memory long ago, but B-Rob is not only a great Oriole, he’s also signed to make $10 Million a year through 2013, which is the main reason the club is sticking with him in our opinion. However, in baseball as in the stock market past performance is not indicative of future results. We think he’s done performing at his old level, and probably at any level acceptable to fans.

Fans desperately want an end to the losing era, and that won’t truly happen until all of our excess ballast is jettisoned. People felt sentimental about seeing Melvin Mora go. They held hats in hand to think of the loss of Luke Scott’s 25+ homeruns a year. They wrung their hands and beat their breasts when Jeremy Guthrie was traded. But you know what? Those guys were fucking losers and we can lose without them. Turns out, we can win without them too.

We understand why veteran athletes are so reluctant to retire. Anyone who makes it to the Majors is seeing their lifelong dream come true, and to be a big leaguer is to live out that dream every day. That’s a hard thing to give up, and most people don’t do it willingly. To our mind though, the best way that Roberts can serve his club and himself is not on the field.

Last year we lost a great Oriole with the death of Mike Flanagan. He was not only a great Oriole, but a great broadcaster as well. His loss is felt every day and the Orioles desperately need someone who can fill his shoes in the television booth. Mike Bordick was a solid everyday major leaguer, but he wasn’t a great Oriole and he hasn’t got a natural talent for broadcasting.

It is this blog’s opinion that Brian Roberts should transition to TV color commentary as soon as possible. Roberts has always had a great relationship with the media and comes across as natural and charming on camera. As the best Oriole of his era, he knows the team and the game better than anyone. At 34 he’s young enough to retain the interest of fans who don’t remember ’83, and to draw in new fans at the same time. It’s entirely conceivable that his broadcast career could last 20-30 years or more.

For your own good Brian, and for the good of your team we implore you- hang up your spikes and pick up a microphone before Jeremy Guthrie beats you to it..