It’s been about a month now since we announced we’re participating in the Test it, Blog it, Win it contest from one of our favorite local retailers Su Casa Furniture. They let us pick out a custom couch for the Chophouse, and we’re going to live with it for a month and describe it on the blog. And maybe win it. Or at least buy it for half off.

It’s more than just a couch though. We’re decorating our entire living room from scratch, and are documenting the whole process in our Couch Chronicles series. We’ve already shown the before pictures, talked at length about the selection process, and revealed the couch we picked out from Pad as well as several additional items we purchased at the same time.

Now we play the waiting game. Most of what’s on offer at Su Casa is custom furniture, and doesn’t just sit around in a warehouse in China someplace, you know? It takes a few weeks to be built because they’re building it for your house. In the meantime though, we’ve managed to stay pretty busy in the living room.

Here’s a reminder of what we started with: 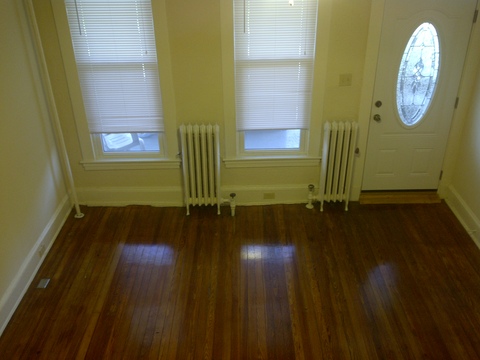 And here’s what it looked like after our first shopping trip: 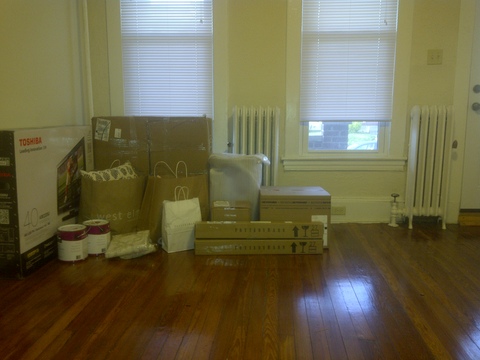 That’s a lot of stuff. It was fairly bursting out of the little Zipcar we rented to go get it all. But it’s still just a small fraction of the total amount of things we need to fill the space. Most of this stuff is going to remain boxed up and be stowed in closets and the basement until we’re ready for it. The important thing in that photo is the paint… 2 gallons of Lavender Sparkle.

Here’s how it turned out: 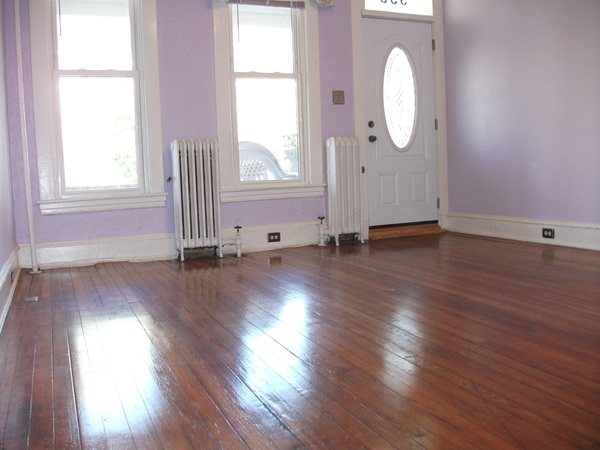 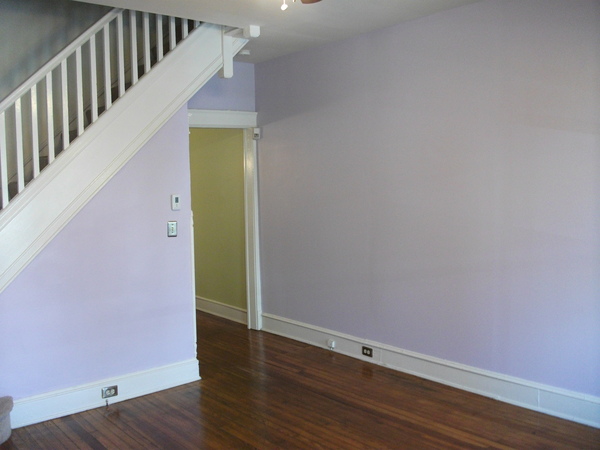 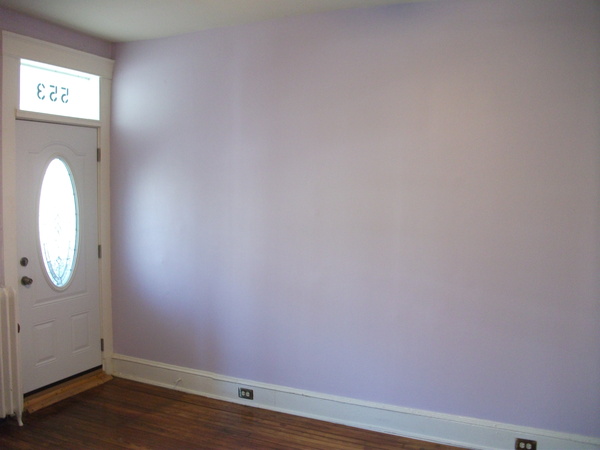 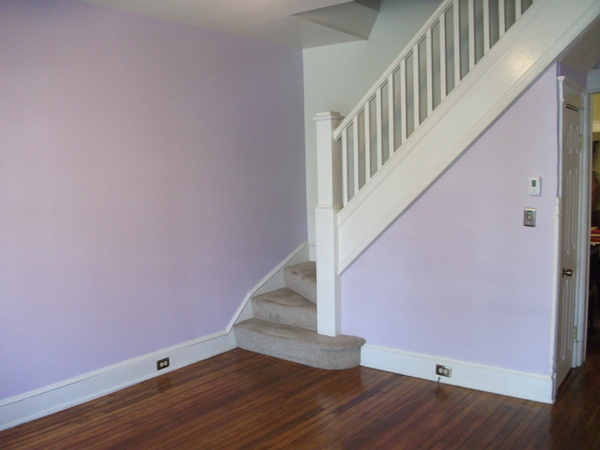 If we’re being honest, we were really gambling with this color choice. We also gambled with the color choice in the dining room, which is a bright and pale shade of green. That gamble paid off, but it forced us to go with something equally bold in the living room.

We’re endlessly amused by the name Lavender Sparkle, and the fact that this is maybe the most feminine color out there next to baby-nursery pink. With the heavy fabrics, rustically solid woods, and finished steel we’re bringing in though, we definitely need something to balance out a lot of masculinity in the space. We’re also confident that once the room is actually full to the point where we have art on the walls, there will be enough visual interest to detract quite a bit from the color choice.

We want to take this opportunity to thank Su Casa and Pad once again. We highly encourage our readers to check out their stores, and to check back here next week for more improvements too the Chophouse’s living room. In the meantime, let us know what you think. Would you live in a lavender room? Green, orange, or gray? Maybe even go a step further and hang wallpaper? Or are you one of these boring neutral sort of people? Let us know in the comments.