Did you miss us Baltimore? We sure missed you. We came home a week ago and are just now getting settled in. The past 7 days have been a constant tightrope walk of balancing the desire to accomplish as many necessary tasks as possible and wanting to satisfy our need to sit home alone and do nothing. For now though, the work abroad is done, most of the errands and chores are done, and we’re just about ready to re-embark on the life of leisure to which we’re so well accustomed. Regular blog posts resume today.

If a picture is worth a thousand words, we’re not going to waste a bunch of time and energy making up more words when there are already tens of thousands of them in this post, so we’re just going to stick to captions.

Here are a bunch of cell phone pics from Haifa, Israel for you to enjoy.

You would think that we’d have invested in a real, actual digital camera by now… but you’re wrong. (For larger versions, click on the photos and then click again.) 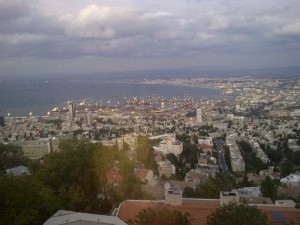 A view of Downtown and Haifa bay from the top of Mount Carmel. 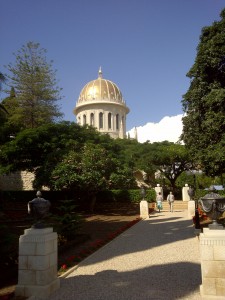 Shrine of the Bab. Holiest site of the Baha'i faith. You can google that.

This Baha'i building is called the "Universal House of Justice." I guess they read a lot of comic books or something. 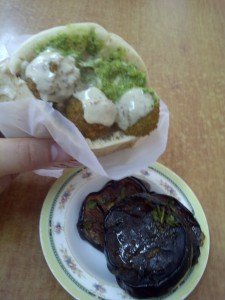 One of the many falafels we ate on our Falafelquest. 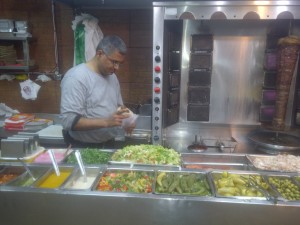 This man is the giver of falafels. Note the amazing fixins bar. 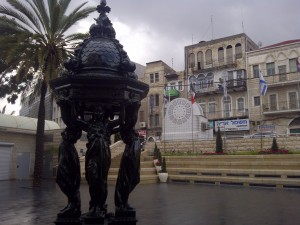 The Carmelit is the world's shortest subway line. It is entirely underground and climbs over 900 feet on its 6-stop route. It is fascinating. 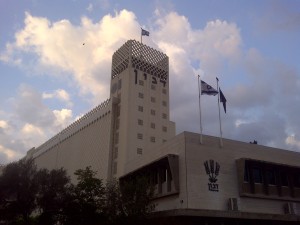 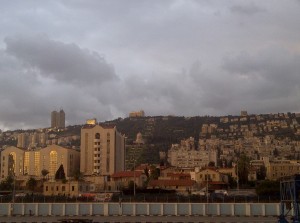 A view of the German Colony and Baha'i Gardens from downtown. 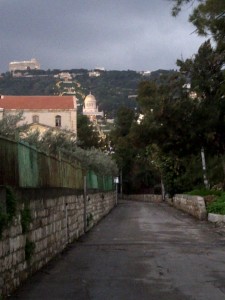 Shrine of the Bab as seen from the German Colony. 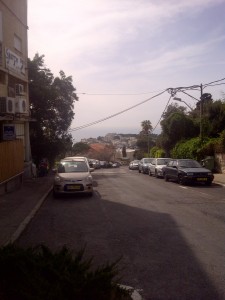 There were many moments, like this one, when we were reminded of the Bay Area and coastal California. 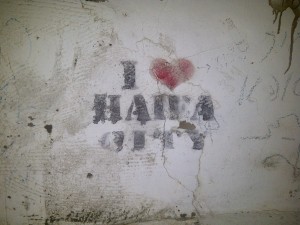 What's not to love?