Well Baltimore, the heat has finally broken. The cold has snapped. The mercury is beginning to drop. Very soon the trees will be bare of leaves, the woodland creatures will burrow in, and birds will fly south for the winter. There’s also another species whose ranks are about to be thinned out a bit… namely Baltimore food trucks.

Food trucks have been multiplying faster than mosquitoes all Summer long. After the great city hall food truck crisis of May 2011, trucks were given their own zones, as well as carte blanche to operate anywhere in the city. A new truck seemed to hit the streets almost once a week. 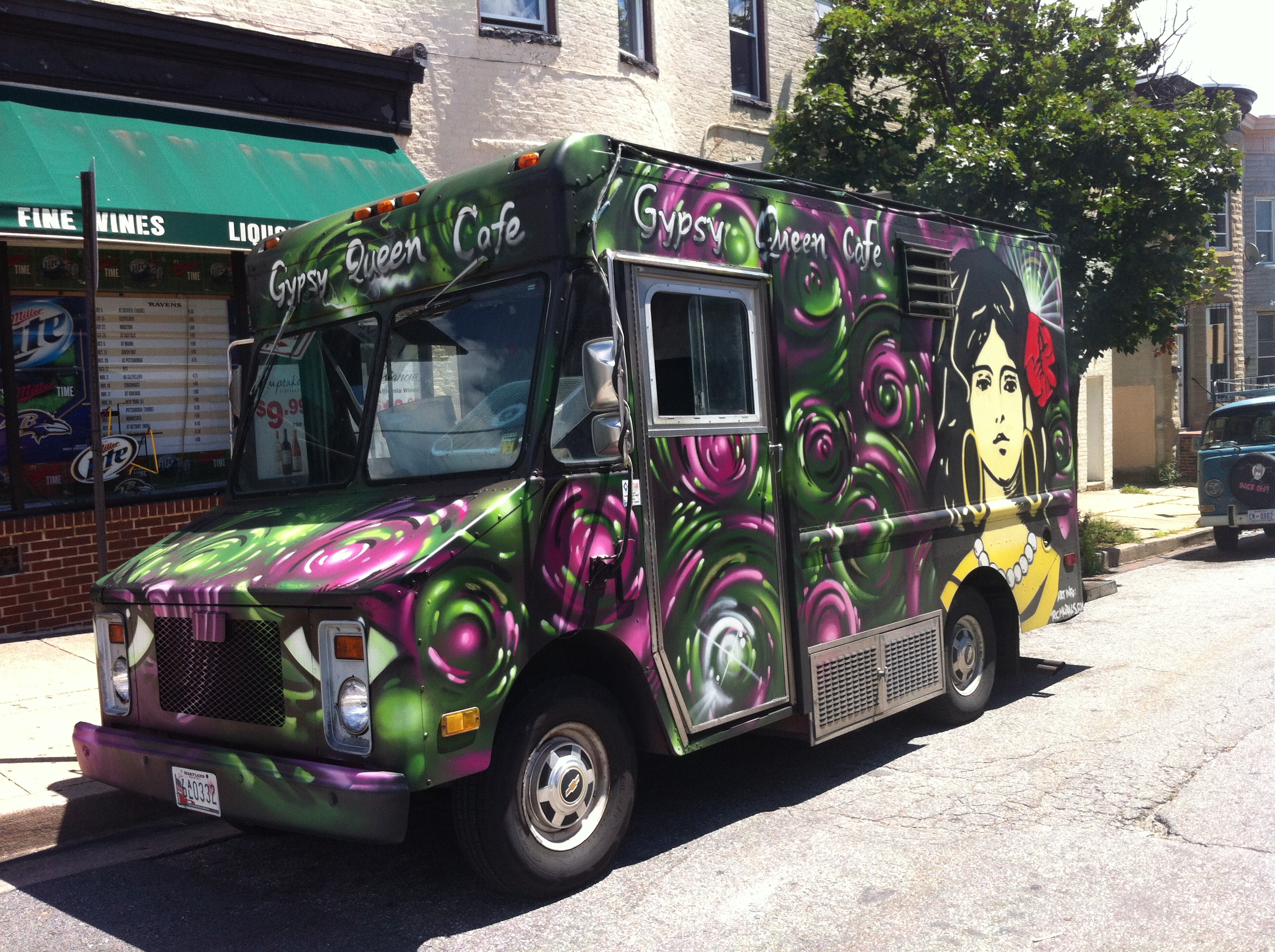 That was Summer though, and this is Fall. While there is certainly no shortage on the supply side, demand for street food is sure to wane as the weather grows colder. Curbside Cafe has already served its last burrito for one reason or another, and we’d be willing to bet that at least a few of its competitors will end up on the scrap heap.

The food trucks that survive the long, cold winter won’t necessarily be the ones with the best food or the most advantageous lunchtime parking spot, but the ones that are willing to work the hardest and put in the longest hours. Up until now, gourmet chuckwagons have catered almost exclusively to the downtown lunch crowd. A few of them will gear up for a Saturday event now and then, but by and large their operators have treated their enterprises mostly like a nine to five job.

Not only does this limited-to-lunchtime business plan completely ignore an entire segment of the local market, it runs counter to the whole purpose of selling food from a truck in the first place. Historically, food trucks have catered to blue collar workers at places like construction sites and steel mills, or any other remote location where people may be hungry. Baltimore’s fleet of trucks has for some reason chosen to operate only in areas that are already glutted with restaurants, and to compete with them directly from 11 to 3.

But what about the other 11-3? The one after dinner and before breakfast? The one where all the restaurants are closed but people are still out and hungry? The trucks that fill this niche are the ones that will survive the winter.

Baltimore has a serious deficit of late night dining options. There’s the Sip and Bite and Captain James’ Carryout, which despite all their charm are frankly pretty crummy restaurants. The Papermoon Diner is still crucial, although they’re no longer 24 hours, and often feature a post-last-call rush and lengthy wait times on weekends. There are a few traditional diners as well, though these are mostly on the outskirts of the city and can be inconvenient for those of us living downtown. We’re sure we don’t speak only for ourselves when we say that after a long night of Chopping it up at the bars, we’d much rather sample some delectable mobile fare than coming home and eating drunkfood like a fatty.

We’re out of luck though, because even though every weekend there are plenty of starving students at Power Plant, Hungry hungry hipsters in Station North, and famished folks in Fell’s the city’s food trucks refuse to claim their rightful place in its nightlife scene. Food truck owners: You are literally leaving piles of money sitting on the corner. All you’ve got to do to double your profits is just show up.

It’s not just insatiate imbibers who would be well served by food trucks hitting the streets at night. There are also plenty of cops, EMT’s, doctors and nurses and other public servants in the downtown sphere who don’t keep regular hours, but enjoy a mid-shift lunch nonetheless. They deserve better than what’s left on the shelf at 7-11 or a sack lunch brought from home. Serving up hot food on cold nights would not only boost a truck’s profits, it would bring the concept full circle, serving hard-working people who can’t get a restaurant meal.