Die Besten Niedrigsten Preise Für Alle Medikamente. Kanadische Apotheke. 24-Stunden-Online-Support. Hier Kann Jeder Günstig In Der Apotheke Zu Hause explanation Zuverlässig Einkaufen! Sie Müssen Nicht Zum Arzt Gehen Und Sich Ein Rezept Ausstellen Lassen. Diese Kanadische Apotheke Mit Einem Team Erfahrener Und Lizenzierter Apotheker.
There’s no doubt about it, Baltimore- America is officially in decline. The Republicans are stealing and pillaging as fast as they can. Nobody has a job to go to, and it doesn’t matter because gas is $4 a gallon and the kids are more interested in cocaine and shitty dance music than work anyway. The last time things looked as bad as this was the late 1970′s, when the end of Vietnam drove a 40 year societal wedge into the US, New York City crumbled into a dilapidated, depraved urban wasteland, and we were all afraid of the big, bad Ayatollah.

What’s our best defense against a whole society crumbling around us? How will we come through it all? The same way they did in the 1970′s, of course… we’ll don our finest loungewear, grab a stiff highball, and laugh our asses off as a sloppy, mean-spirited jerk takes the stage and fires off insults at people who are much richer and better looking than the rest of us. 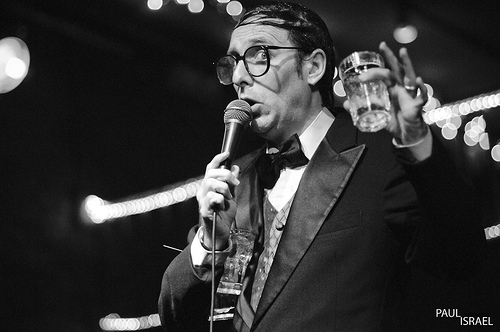 Neil Hamburger stands up at the Ottobar tonight. 9 pm doors.

The glory days of Don Rickles and Joan Rivers may be long gone, but for better or worse, we’ve still got Neil Hamburger, and he’s coming to the Ottobar tonight. If Neil Hamburger says that God is gay, well then it’s probably true. The man has a tuxedo, after all. And a cocktail in hand. And a stage and a spotlight. Logic dictates that any man who has all that at once must be an authority on things. Therefore God is gay.

And as much as Neil Hamburger knows about theology, well, that’s how much Kenny Strasser knows about yo-yos. You may better know “K-Strass” as the guy who single-handedly punked a handful of Midwest local news stations by appearing on their morning shows under the guise of a yo-yo expert and then not knowing how to do a single yo-yo trick. For our money, this was one of the most absurd and hysterical stunts in recent memory.

Rounding out the evening are “Major Entertainer” Mike H, along with the boys of Chucklestorm themselves, Dan and Alex. If you’re not familiar with Chucklestorm yet, we’d highly recommend you take this opportunity to get familiar, as they just seem to keep getting better all the time. Performing monthly at the Ottobar for the last year or so, Dan and Alex have continued to polish their act consistently, as well as displaying a sharp acumen for behind-the-scenes production like when they brought in Brian Posehn back in November. Getting up on stage and telling jokes to drunks is hard, and pulling it all together is just as difficult. To do them both consistently deserves a measure of respect and support.