The good news? It’s movie night. The bad news? There is no bad news. We all get to go to the movies for free. What could be bad about that?

The City Paper loves and appreciates its readers so much that they’ve decided to partner with the Charles Theater to treat us all to a free movie tonight. And not just like “Oh look, Sony Pictures gave us 200 promo passes to that crappy Green Hornet movie, so go see that.” No, not like that at all. They’re doing it open house style, and letting everyone choose what they’d like to see from among the Charles’ current selection of movies. First come, first served. 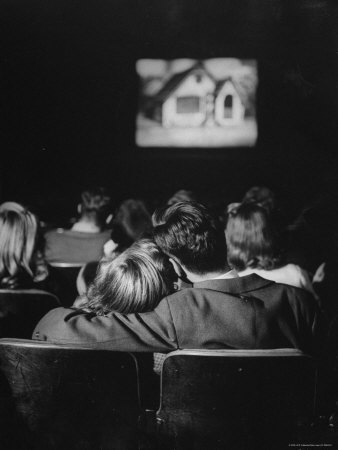 A visual approximation of the Chop at the movies.

For our money (or in this case, for free) we’d recommend snagging a seat in the theater for Casino Jack. The Jack Abramoff scandal was big. It was huge. It was so big that we should still be talking about it today- big enough that Abramoff should still be in jail for a long time yet, instead of making pizzas in Park Heights. At least Kevin Spacey is one of a very few actors you can point to in Hollywood and say “That guy’s a good actor. If he’s in a movie, it’s probably a good movie.” And since Oliver Stone was nowhere near this one, we’re betting we’ll be able to stay awake the whole time.

Your other choices tonight are:

Blue Valentine, a boring movie about slightly younger people feeling feelings. Sundance may like it, but we’re betting there’s not enough sex and nudity to keep us interested.

As we said, it’s first come-first served, with about 800 seats available total. All screenings start at 7 pm, with doors opening at 6 pm. We say get there at 5:45, bring a flask and tweet about it in real-time while you wait.

Also: let’s get this on record Baltimore… One (1) person may save one (1) seat at the movies. This business of one guy trying to save 4 or 5 seats in a theater is bullshit. It’s got to stop. If you try to save 4 seats by yourself, you’re being rude. Even if you say “Oh sorry. SORRRRREEYYYY. These are saved.” in your most conciliatory and saccharine tones, you’re still being an asshole. We will call you out on it, especially if there’s 2 minutes to showtime and the place is full.

2011 is the year of not taking any shit off of people who are pretending to be nice but actually being rude. Fair warning.