We don’t usually embrace curmudgeonly rants on this blog. Even though we’ve got a category for rants, only a couple of those entries could actually properly qualify as one, and even so they’re not the sort of rants that are full of expletives and exclamations.

It is Baltimore Restaurant Week though, and while we were talking about restaurants yesterday it got us to thinking. We have just one simple idea to impart to you today: waiters and waitresses need to put away their goddamn cell phones while they’re on shift. 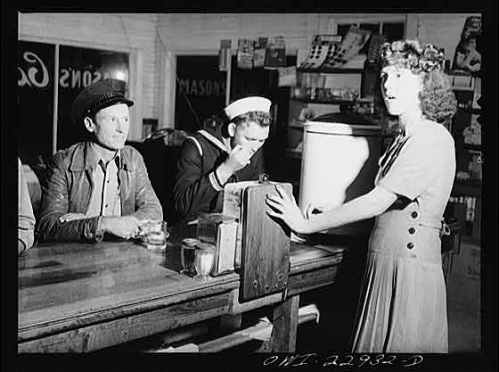 We understand that servers are people, and that most people are assholes about their phones. Since we bought a Blackberry we’re on it all the time. We also understand that servers are not defined by their jobs and that they have more interesting things to do than to bring us extra mayo and a free refill. We get it. We know that there’s some pretty cool parties going on tonight, and that you’re only doing this shit until you get a break in your field and that degree starts paying out like a slot machine. Besides, it only takes a second to look at your phone so what’s the big deal, right? Yes we know that. But we also know this:

“Whatever you are, be a good one.” -Abraham Lincoln

It’s hard to argue with Honest Abe’s logic, and whether you’re in a white tablecloth Michelin starred restaurant or a greasy diner, a certain amount of professionalism is called for. If you came to the table to take our order and we brought out a cell phone and checked our email, that would be pretty rude, and there aren’t many servers that we know of who would bear it with a smile.

We’ve even noticed a rash of phone-checking by servers in restaurants whose policies forbid cell phone use by patrons.

Every time we’re eating or drinking and we see a server at the waitstand, cash register, or end of the bar checking his or her phone, it’s just, to us anyway, a great reminder that our table is not really a priority, and that that person would much rather be somewhere else doing something else with someone else.

Just as most restaurant employees are relegated to smoke outside the back door, kind of near the dumpster, so should the nasty habits of twitter, facebook, and IM be relegated to out-of-sight areas of the building, or simply discontinued entirely. A server who’s not preoccupied with phone messages is a more efficient and better-tipped server.