When we went to the Obits show the other day, we mentioned that sometimes we’re too cool for things, and sometimes we’re too old for things. Seldom is it both, but if you thought there was any chance at all we were going to go back there tonight and see Das Racist, well then you don’t know us too well, do you?

The cool kids may eat it up with a spoon, but nope… tonight the Chop is both too old and too cool for school. We’re staying as far away from that as possible. So far, in fact, that we’re leaving Baltimore entirely. You mixtape and DJ set types can keep your Combination Pizza Hut and Taco Bells. We’d rather listen to rock and roll. 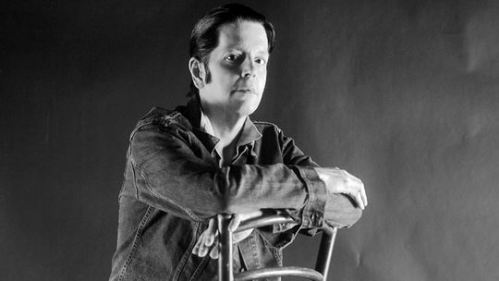 You don’t need us to tell you who Grant Hart is. Grant Hart is a fucking legend. Once or twice in a generation someone comes along and changes the game entirely… and those people are relatively unimportant. In our book, Grant Hart and Bob Mould invented the game. As far as we’re concerned, they’re right up there with Joe Strummer & Mick Jones, Keith Morris & Greg Ginn, Joey & Johnny Ramone, Brett Gurewitz & Greg Graffin, Ian MacKaye & Guy Picciotto, or Richard Hell & Tom Verlaine.

If any of those guys play within an hour of your house and you don’t go, well, you’re just not that cool. We’re saying that for the record.

Opening up tonight is Chapel Hill power-pop outfit The Venables. Just the fact that we describe them as “power pop” is a good indication that they learned everything they know from guess who… Grant Hart. Their most recent 7 song recording Grab Bag is also available as a free download on their bandcamp site. Two great acts for $12 on the back stage is as cool as it gets for grumpy old rockers on a weeknight.

Now get the hell off of our lawn!