You know, the discussion of who should pay on a first date is a pretty old, circular and tired argument. There are tens of thousands of opinions on the question in books and magazines and all over the internet, including our own sage advice on the matter. It’s the kind of question that most people ask simply because they want their own opinions reinforced, and most answers, whether foolish or wise, fall on deaf ears anyway.

We’re here today though to answer a question which is just as important, yet seldom ever discussed; namely, who should pay on the last date. 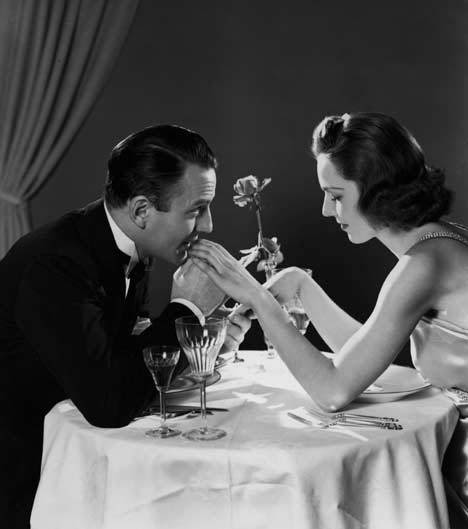 We’ve got the answer, but before we give it to you we’ve got to figure out if a last date is even necessary. It can be a tough thing to end a relationship with someone. We’re not even talking about serious relationships here either. We mean Dumping someone, with a capital D. You don’t ‘Dump’ your long term significant other, and even if you did we wouldn’t have much advice to give you.

No, we’re talking about those sorts of relationships that get past that crucial third date, and may go all the way up to boyfriend or girlfriend status, but definitely stop short of “in love”. So, 99% of most peoples’ relationships.

Sometimes things just don’t work out, and if you’re not Dumping someone for a specific reason (like cheating, an argument, etc), you may think the most gentle and forthright way to go about it is over dinner, or at least over drinks or coffee or something. The Chop subscribed to this logic for many years, but plenty of very bitter experience (on both ends) has convinced us otherwise. It’s a sort of juvenile, emo record, life-as-romantic-comedy sort of idea that backfires more often than not.

The truth is that if you’re about to Dump someone you’re not in love with, you sometimes have very little idea how they might react. They might become angry or withdrawn or resentful or confused. They might even be indifferent. At any rate, Dumping someone halfway through a dinner is a sure-fire guarantee that the rest of the meal will be excruciatingly awkward and uncomfortable. The only thing worse than getting dumped is getting dumped in public.

Another strategy that some people pursue is to schedule a date, but then meet up and say “Oh, let’s not have dinner after all. We need to talk…” This is not any better, as it’s basically the equivalent of standing someone up one last time. If you arrange a date, a date should happen. Although this tactic is slightly preferable to calling the person you’re seeing on the phone and saying “We need to talk…” and then refusing to say anything else until you see them again. For the love of God, don’t do that!

We truly believe that in most cases a face-to-face Dumping is not necessary. On the rare occasions when you feel it is an obligation, the best way is to go over to someone’s house and be matter of fact about it. Any pretense of dinner or anything else will all come to nothing in the end.

But supposing you absolutely feel you simply must meet someone out in public for a pre-scheduled Dumping, because you “owe them that much at least” or whatever, the least you can do is pay the goddamn bill. That’s right. We’re calling it right now. It’s a new rule. From now on it will be a point of etiquette carved in stone: The person doing the dumping pays the bill. It doesn’t matter if you’re gay or straight, man or woman. It doesn’t matter if you’re dumping them over beers at the Dizz, coffee at the Grind, or a Feast at 4 East. if you’re dumping, you’re paying.

It’s the least you can do. You owe them that much.