Well, we’ve got company this weekend. One thing to be said for the holidays is that they’re good for bringing people back to home and hearth and all that. People who used to live in Maryland come back to Maryland, and we’re glad to have them as ever.

So it is entirely possible that we’re going to be spending most of the weekend indoors, drinking the good stuff, eating like gluttons and doing a bit of the old male bonding you’ve heard so much about. You know: the sign on the front door of the house saying “no girls allowed” and all of that.

If we do make it out though, odds are it will be to the Ottobar for the Future Islands/ Lonnie Walker show. 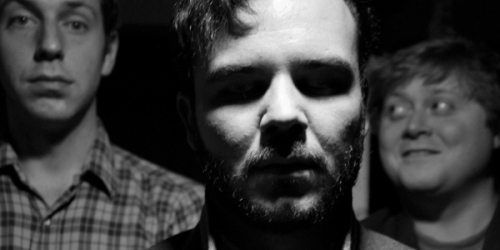 Future Islands has just been getting better and better for a solid year. They really hit their stride with the release of In Evening Air earlier this year, and are still coasting on that. We’re fond of saying that they’re going to ride it all the way to a Saturday Night Live appearance, and we might even start a facebook page about it. (And by might, we mean we won’t. Ever.)

Sharing the stage tonight is North Carolina’s Lonnie Walker, who are also sharing a new 7″ with Future Islands on Baltimore’s Friends Records label. We’d really like to see Lonnie Walker live, if nothing else because we can’t quite tell if they’re yanking our chain or not. 2009′s These Times Old Times was a well produced record which was a showcase for the band’s better than average writing and playing abilities, but at the same time we’re afraid to try to describe the sound at all, especially since it’s one of those cases where what you see live may or may not be reflective of what’s on the record. For us, seeing a band’s live set has always been a good indication of whether they should be listened to more closely or written off, and we suspect this could be the case with Lonnie Walker. If nothing else, they’re certainly one of those unique bands, for which every listener will have to make up his own mind.