With records like these, who the hell needs friends?

This is our question to you, Baltimore. Our answer is “No Idea.” And speaking of No Idea, you could do a lot worse than trading in all your lousy, crummy friends for a shelf full of No Idea releases. The label that single-handedly made Gainesville a punk rock destination from the mid 90′s on is sending one of the best acts it has going to CCAS tomorrow night: No Friends. 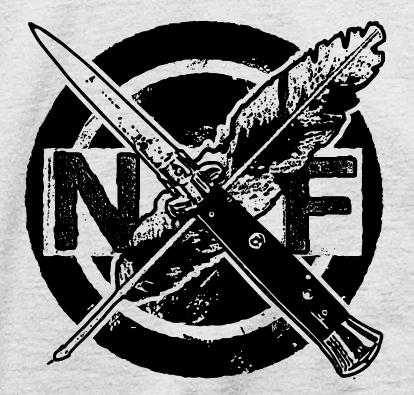 No Friends sounds exactly what you think a band would sound like when you combine 3 members of New Mexican Disaster Squad with Tony from Municipal Waste. It may be predictable, but it’s predictably awesome. Muni Waste has put on some of the most fun and exciting DIY shows Baltimore has seen in the last decade, always with large turnouts of eager and diverse fans, and we expect nothing less from No Friends, who are playing real, balls-out punk rock the way it’s supposed to be played- loud, fast, and reckless. They definitely deserve the comparisons they’ve drawn to legends like Dag Nasty and the Descendents, and we feel that their output so far can stand side by side with either of those bands’ early (best) work.

Not to be outdone, Baltimore matches Gainesville by putting up Deep Sleep, who are also carrying the torch of that early 80′s HC/punk sound. Tony Pence and company rode along with No Friends on their first East Coast tour back in April, and these two amazing bands (who actually are friends) match each other about as well as a left shoe matches the right.

Montreal’s Trigger Effect rounds out the bill, and with three fast bands playing 60 second songs, you’re pretty much guaranteed to get home in plenty of time to wake up for work on Wednesday. Check it out.