This weekend was full of uniforms everywhere we looked. There was, of course, the literal uniform of a football jersey which has become de rigueur for everyone everywhere all day on Sundays. On Friday though, it was a different sort of uniform altogether. We went down to check out Helmet at Sonar on Friday, where the dress code was a strict black XL band t-shirt, everyday jeans that haven’t been washed in a year, and black boots. That was a really cool look when Meantime came out, but of course, we were in middle school then. And so was the rest of the over-thirty crowd Friday night. 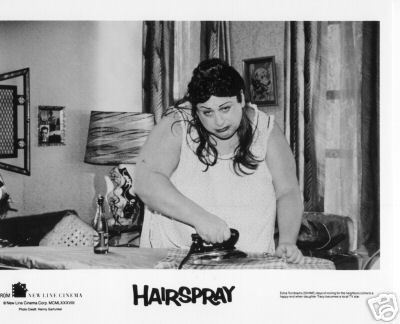 Every Baltimorean should own an ironing board. Just ask Divine.

Your clothes should be age appropriate, Baltimore. It’s a rule. It matters. It’s time to start dressing like a grown up. Of course, if you’re going to do it right, you’ll need more than just new clothes. You can’t fix what’s broken without the proper tools. What are the proper tools? Read on:

This may seem like a no-brainer, but it occurs to us that some of you bachelors on renters’ row are living without a mirror in the bedroom. Even our own roommate relies on the small, slightly cramped bathroom’s mirror. We were once guilty of this too, before we moved into the Chophouse, and we hated it. If a decent dresser/mirror combo is out of the question for you, at least take yourself up to Ikea and grab one for under $10. We bought one of these the week we moved in. You can hang it on the back of the closet door and paint the frame any color you like.

An Iron and Board

We know what you’ve been doing… waiting until Sunday to do your laundry, then getting sucked into football and food and other chores, and leaving the laundry to sit and wrinkle in the dryer. Or worse, dragging it home from the laundromat in a sack and leaving it for 3 days. If you’re going to look like a grown up, you need an iron and board. Hanging it in the bathroom during a hot shower isn’t cutting it. Bed Bath and Beyond will hook you up with an iron and compact board for $10 each. And when football season ends, you’ll be all set to pursue an interest in extreme ironing.

A lint brush is possibly the best five bucks you can invest in your wardrobe. Make sure you get one like this, and not one of those crappy ones with sticky paper on it. They’re available at any grocery store or pharmacy chain, and for a few bucks you can throw it in your drawer and leave it there forever. No matter how nice your clothes are, they look stupid when they’re covered in lint and pet hair.

These are also available anywhere. You don’t even have to spring for a whole kit. A can of Kiwi and an old t-shirt and toothbrush will be serviceable. There’s no need to go overboard with it, like some pretentious assholes are wont to do. It’s not even necessary to put a lot of time or effort into the actual polishing if you don’t want to… just a quick shine 5 or 6 times a year will make your shoes look better and last longer.

Time was, we’d take off a jacket or a pair of pants and toss it on a seat, intending to wear it again the next day. Then change our mind and gradually watch the clothes pile up. With the addition of a simple hook over the door, we now have a decent place to hang that stuff and keep it out of the way. And when the hooks get full we know it’s damn well time to put some clothes away. Buying a door hook is the best thing that ever happened to our dressing routine, and we can’t recommend it highly enough. Target has a ton of them, anywhere from 2 to 6 hooks, and starting as little as $4.99. Go get one.

With these tools in your box you should be able to fix any wardrobe wheels that may fall off on a Monday Morning. There’s plenty of other tools that may serve you well also; sewing kits, shoe insoles and the like. What sort of other items are helping you get dressed, Baltimore?