Well, it’s official. The Chop is definitely suffering from some sort of double reverse culture shock. Being cooped up in the sealed fuselages of germy planes for better than 24 hours has given us a terrible cold, right at the same time we actually need to be productive for the first time in 2 or 3 weeks. Yes, you would think that we would need to be productive while doing actual work, not screwing around online most of the day, but that’s where you’re wrong. The last 3 weeks or so have been pretty relaxed. Lots of waiting around, mostly, and not a lot of overtime, which is really the only part of the job that requires actual work anyway.

So we’ve had a lot of time to sit around in the desert and daydream about all the things we wanted to do upon arrival back home. Then there’s the whole other list of things we have to do, the giant stack of mail, dealing with the bank, chores around the house, fixing the car, sundry other personal business. Add to that the giant list of shopping we’re trying to knock out; new shoes, jeans, buying (and learning how to use) one of those new Blackberry Torch phones, food, restocking the bar… and furniture. Furniture is a lot of work. We just scored a sofabed, and are in the process of hunting up a dining room group, which of course will also necessitate finding paint, wallpaper, curtains, etc. It’s getting to be a task just to squeeze in recreation. 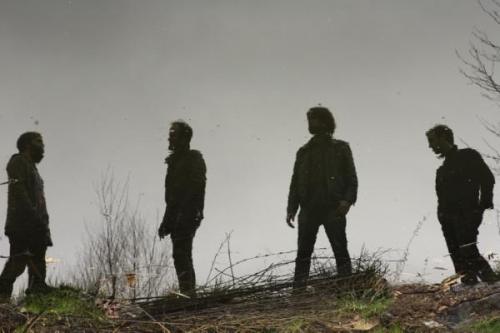 Which is why we’re taking it down a notch tonight with Arbouretum at the Metro Gallery.

You may ask yourself, ‘But why go out at all? Why not just take it easy for a while?’ Well, because after last night, this is taking it easy. It’s the kind of show where you can cop a barstool, open a tab, and just sit back and enjoy some really good music. Plus there’s likely to be women there. And the plain truth is we just haven’t seen many of those in the last 3 months.

Why should you turn out tonight? Because you’ve got to show a little love, that’s why. Despite being objectively talented with an impressive musical resume and a comfortable spot in the Thrill Jockey stable, we feel like ever since its founding (8 years ago! Time flies!) Dave Heumann’s band has often fallen victim to what we like to refer to as “The Oranges Band Syndrome”, meaning that everyone likes them, but somehow they’re nobody’s favorite.

You may or may not agree, but one thing that’s undeniable is that they are indeed the perfect band for Fall. Arbouretum has never been the band you play loudly in the car when you can finally roll down the windows in April. They’re not that summer festival band you have to catch on the sidestage. They’re not even the band you put on the iPod to brace up and shovel out of 4 feet of snow. They’re a band for October. So wrap your scarf, pack your flask, don your cap, and get down to the Metro Gallery. We’ll see you there.