We were going to round them up for you, but Citypaper saved us the trouble. We recommend you go bookmark their 2010 list of outdoor film screenings and get your lawn chairs and half-pints ready like we are. 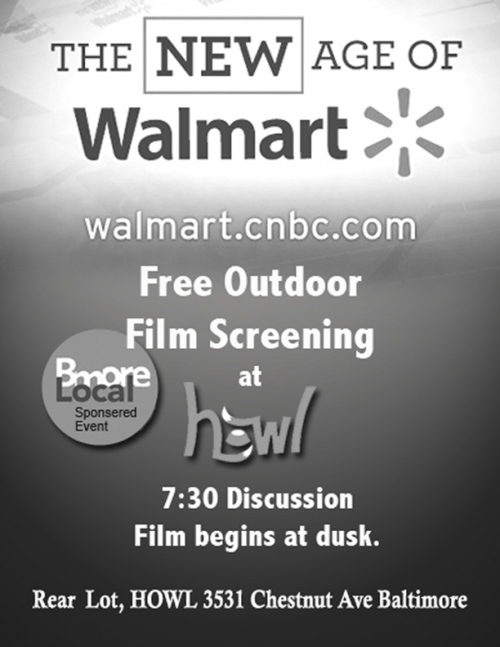 Whether or not tonight is the first weekend of Summer, it is the kickoff of the Chop’s outdoor movie watching season, and we’re getting it started in an interesting way with a screening of The New Age of Wal-Mart hosted by Bmore Local.

We know quite well that proper nightlife isn’t getting started until later anyway, so this is the perfect chance to come out and pre-game a little, meet your neighbors, and do something good for your community. And it’s also free, of course.

A discussion with Wake Up Wal-Mart gets underway at 7:30 (and don’t miss it, because that’s the most important part) in the lot behind Howl, and the movie will begin at dusk.

Bring your lawn chairs, bottles and coolers, and most importantly, your desire to stop Wal-Mart from invading North Baltimore.

If you can’t make it tonight, you can also stream the movie on Hulu for free anytime.