Sad to say it Baltimore, but this is another post more about what we’re not doing than what we’re actually getting up to tonight, due to a lot of bad information out there on that interwebs. Sometimes it happens that way, but you know what? That’s the great thing about Baltimore. There’s always a plan B. Or in this case, Gary B. 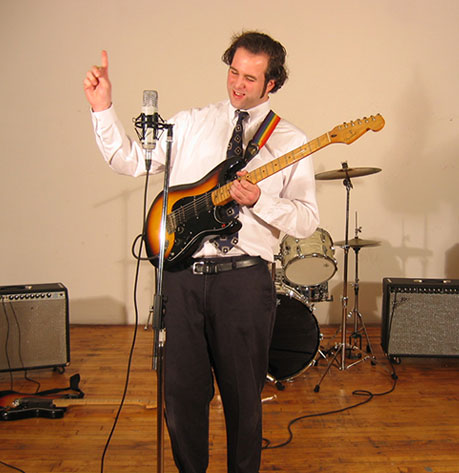 So we were going to head downtown tonight to check out the Baltimore screening of Jameel Saleem’s Cream Soda, but according to the film’s Facebook page and the Landmark Theaters’ schedule, that’s actually not happening. It’s been postponed for ‘sometime in April.’

We were kind of looking forward to it. As far as independent film goes, anybody can make a documentary these days, but you don’t often see truly independent romantic comedies, so Cream Soda might be worth checking out just for that fact alone. When you take into consideration that it seems to be mostly sex-driven and not actually that romantic at all, that’s twice as much reason to watch.

After the Film, we were planning on ditching the afterparty, and heading up to Golden West instead to see J. Robbins’ new project The Office of Future Plans. You probably don’t remember it, but the Chop’s first post ever dealt with OFP, and we were quite pleased. But alas, that show’s not actually happening either.

Fortunately, the Hexagon Space is coming through for us tonight, hosting Gary B and the Notions along with Allston, Mass’ Big Big Bucks, who are touring nationally and are fresh off their SxSW appearance.

These two acts ought to complement each other well, since both are solid, fun to listen to power-pop. If you’re reading this and thinking ‘I’m not the type of person who goes to places like the Hexagon. It’s full of super-indie hipster snobs. I’ll stick to the 8×10 or Power Plant Live.’ then you should definitely come out tonight, because this is going to be one of the most unpretentious, balls-out fun shows you’ll see for a while.